October is National Co-op month in the US, and while Halloween might try to steal the show with promises of tricks and treats, we think radical democracy is sweeter.

From utility co-ops that provide everything from energy to the internet, to credit unions and community-owned grocery stores, cooperatives create a fairer, more democratic, and sustainable economy. In this issue of The Roundup, we take the opportunity to appreciate the impact and potential of cooperatives in the US, Canada, and beyond!

Building Power with Immigrant Owned Co-ops: Worker-owned cooperatives can be a pathway to ownership and stable, higher-paying jobs for immigrants. In New York, the city government has put millions behind worker-co-op development. Read about some of those projects here. (NEC member The Working World is helping bridge the finance gap with non-extractive finance for co-ops. Learn more about their work here.)

Twitter, a Co-op?: Twitter is pretty great but some worry it might end up in the hands of Wall Street giants. In this article, Nathan Schneider proposes that we, the users, buy Twitter. It's not unheard of, platform cooperatives are a growing movement to bring tech into the hands of the people. Learn more about platform co-ops here.

Seize the Moment: Baby-boomers own more than two-thirds of all businesses with employees. As they retire, the millions of jobs they have created could be at stake. One strategy to save them? Selling the company to workers.

Cities Turn to Co-ops: City governments from Oakland to Madison and Rochester, NY have adopted policies to support worker-owned cooperatives as part of their strategy for small business development. Take a look at some of their approaches. 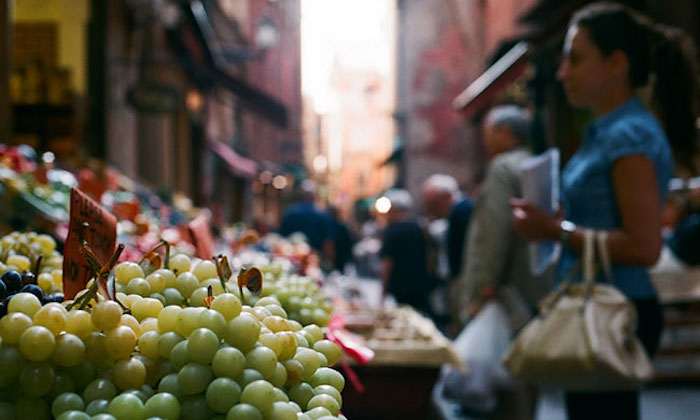 Where Co-ops Fuel the Economy: In the Emilia Romagna region of Italy, about two out of every three inhabitants are co-op members. Here's what we can learn from them.

Losing Our Democracy: The New Economics Foundation (who just launched their new website!) based in UK hosts a weekly podcast. The latest episode tackles how and why we've lost our faith in democracy and what we can do to rebuild it. Listen here.

South Korea’s Social Economy: A new report by GSEF on the incredible and rapid growth of the social economy in South Korea. Between 2010 and 2015, the number of cooperatives increased from 9 to 2267 thanks to local government policy and promotion. Learn more about their achievements here.

“There is no political democracy without economic democracy. ”

After a corporate-owned grocery store pulled out of Greensboro, North Carolina the community lobbied numerous other grocery chains to set up shop in the area. When no one would, they started the Renaissance Community Co-op with 843 members investing $100 each to get the project off the ground.

The Fund for Democratic Communities has been a major developer of the store that will be opening next month. Read more about the project here.

Resource: How to Start a Worker-Owned Co-op

You can find more resources and trainings on the topic with NEC members, Democracy at Work Institute and the US Federation of Worker Coops.

The International Summit of Cooperatives is one of the world's leading events for business development in the cooperative and mutual community. In Quebec City. October 11-13

The 63rd annual Climate Crisis Solutions conference will discuss the new compasses and lodestones that will lead us toward an abundant future.  From economic strategies through reclaiming our democratic and place-based commons, you’ll learn from leading thinkers and practitioners from around the globe. October 21

For 27 years, Bioneers has been a leading summit calling for a revolution from the heart of nature. Explore practical, visionary solutions to live more harmoniously on this planet at their annual conference in San Rafael, CA. October 21-23

Living the Next Economy Covergence

The Living the Next Economy Bay Area Collaborative, a broad coalition of community leaders and social entrepreneurs committed to advancing radically inclusive economic, racial, and environmental justice solutions in Oakland, is excited to announce this year’s convergence! The conference is inspired by the #BlackLivesMatter movement and others’ call to overcome systemic racism that to this day deprives Black Americans, indigenous peoples, and others of their inherent dignity and fair share of Oakland’s economic prosperity. October 21-23

Power to the Parents: Reclaiming our Voices, Our Worth, and Our World

Parents and caregivers do crucial, complicated, artful work. So why do so many of us feel isolated, overworked, judged, unappreciated, depleted, or downright invisible? In this interactive webinar, we who give so much will slow down, and open to receiving. You’ll connect with parents and advocates from around the world, and share links to exciting caregiver movements and collaborations that you can follow as they grow. You will practice speaking your voice, articulating your value, and asking for what you need – from yourself, your community, and your world. October 22