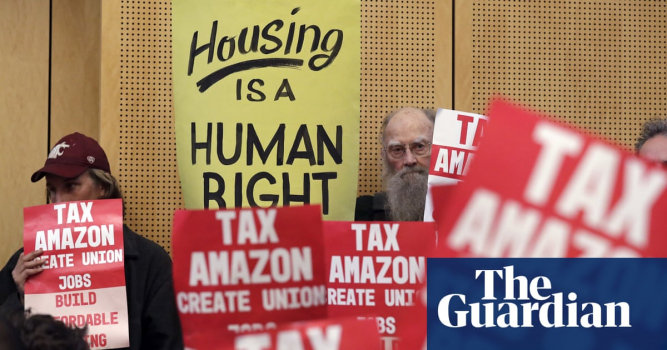 This week we’re talking about building a mass movement for a just planet, what New York City can become without Amazon, the theme of the International Day of Cooperatives, Venezuela and scoring how state policies help or hinder local clean energy action

“It’s Eco-Socialism or Death”: It can’t be impossible to look at our ecosystem’s natural boundaries and decide to live within them. Kali Akuno of NEC member organization, Cooperation Jackson weighs in on the Green New Deal, the need for mass civil disobedience, and the necessity of building an internationalist movement for eco-socialism. Read his call to action now

Without Amazon, New York Can Now Do Economic Development Right: Now that activists in New York City successfully chased Amazon and its “HQ2” plan out of New York City, there is a new challenge: Can the organizers and elected leaders who successfully blocked the kind of economic development they opposed bring about the kind of economic development they want? Isaiah J. Poole of NEC member organization The Democracy Collaborative has moreCalling All Progressive Economists: Progressive economists are in demand as Democratic 2020 hopefuls look for bold ideas – baby bonds, worker representation on boards, free childcare from birth – are just some examples. Read on here 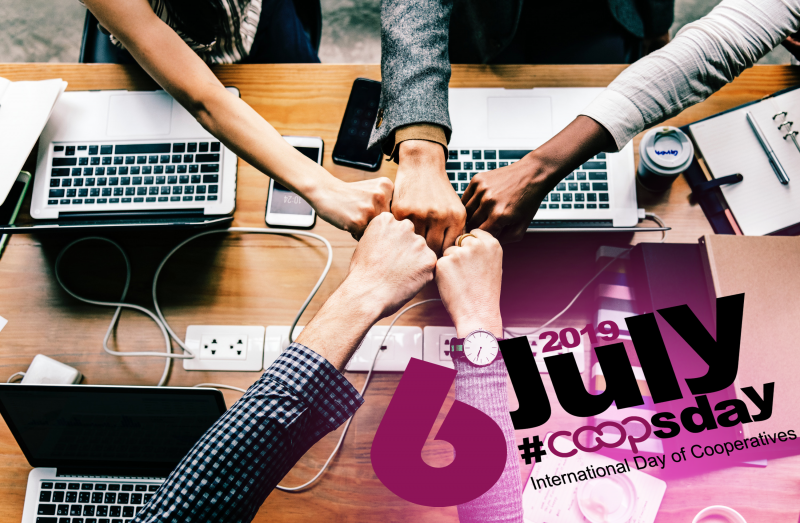 2019 International Day of Cooperatives Theme Unveiled: Cooperative employment is far from a marginal phenomenon. Cooperatives around the world employ or are the main source of income for more than 279 million people—almost 10% of humanity’s total working population. On July 6th, hosted by the United Nations, national and global policymakers, civil-society organizations and the public will rally around the theme of Coops 4 Decent Work. Read the International Co-operative Alliance’s Announcement.

Beyond The Nation State – A Critical Look At Venezuela’s Current Crisis: Brooke Anderson interviewed her colleague Mateo Nube of NEC member organization, Movement Generation Justice & Ecology Project, for more political and economic context to the current crisis. Nube unpacks the history and promise of the Bolivarian Revolution in Venezuela and beyond; the roots and early warning signs of the authoritarianism we’re now seeing play out; the lost opportunity for Venezuela to leverage its oil money wealth toward a just transition away from extractivism and toward a regenerative economy; and the dangers of U.S. intervention in the conflict. Read the interview here.Questioning the Greatness of the Data: According to data heralded by Bill Gates, 85 out of 100 people may be able to read now, but how many in their mother tongue? In 1820, 94 out of 100 people were living in extreme poverty – was that because their community’s assets were seized by colonizers? Jason Hickel presents another angle on the “advancements” that the data claim.

Taina Asili, a Puerto Rican activist, singer, songwriter and bandleader, released Plant the Seed, a new music video documentary and single that tells the story of black farmer and educator Leah Penniman and her journey to become the co-founder of Soul Fire Farm, a national leader in the food justice movement. Watch the new video here. 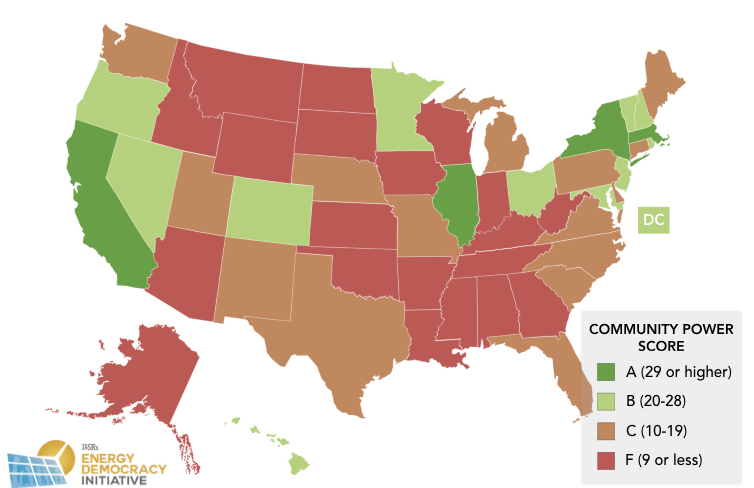 Each year, the Energy Democracy Initiative at NEC member organization, the Institute for Local Self-Reliance tracks and scores states based on their energy policies and how these policies help or hinder local clean energy action. In the 2019 Community Power Scorecard, four states excelled, 11 states and the District of Columbia saw above average scores, 15 were mediocre, and 20 states received failing grades at enabling individuals and communities to take charge of their energy futures. Go deeper into this year’s report here. 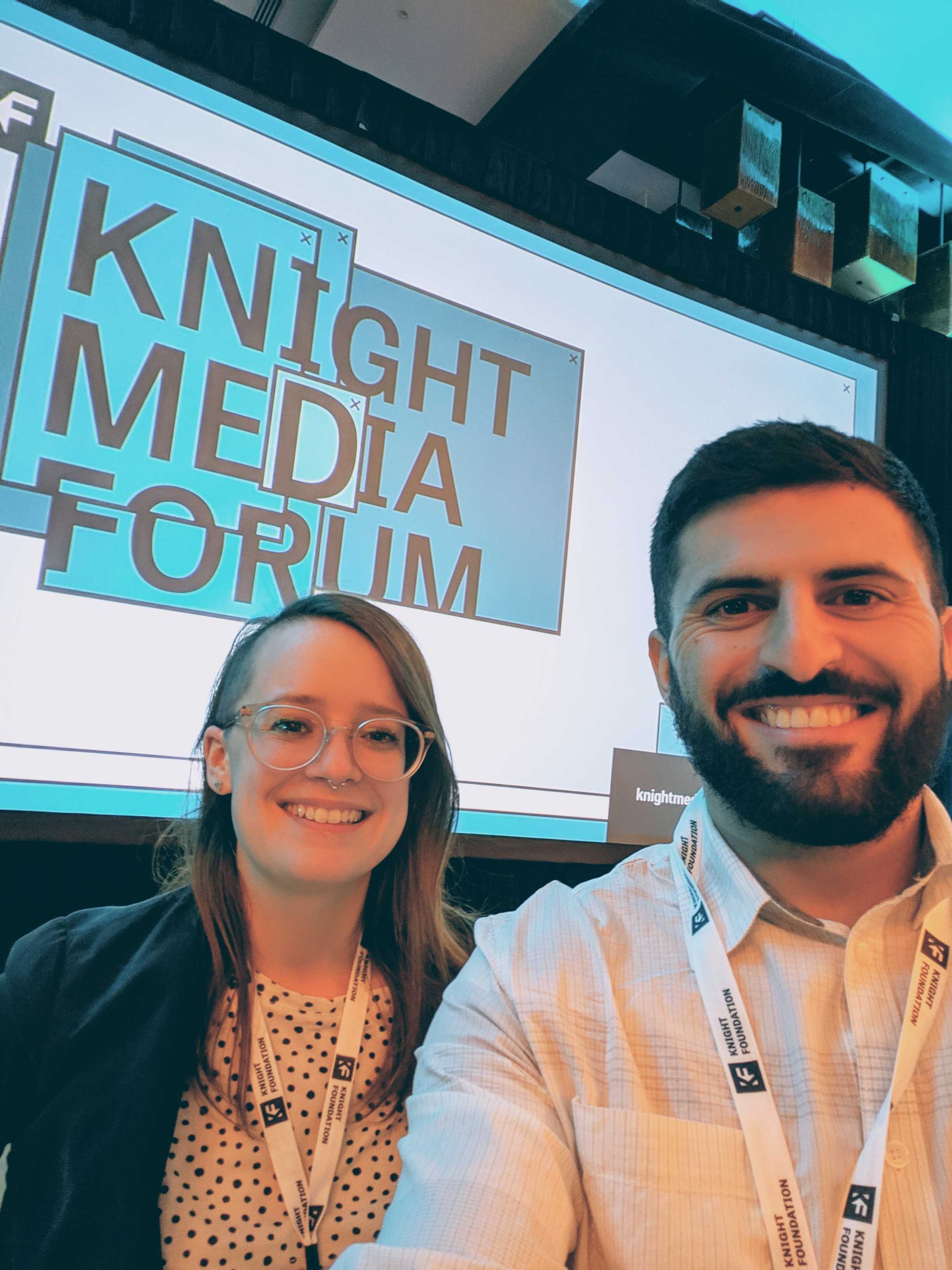 Follow NEC on Instagram – @NewEconomyCoalition – where we’re sharing about the Knight Media Forum in Miami, where NEC was on the ground this week. “For good and for bad, the old model of journalism is done for. Along with our democracy, it’s on life support. Any new economy worth fighting for needs a new media economy at its heart. We can tweak what we have, but tweaks won’t fix the problem. Public interest journalism needs a new system, a new life.” NEC member organization The Laura Flanders Show told The Next System Project last year in, “Next Systems Media: An Urgent Necessity.”

Worker Cooperative Startup WebinarThe US Federation of Worker Cooperatives hosts this monthly webinar to for groups and people at the very early stages of their worker cooperative project. The webinar describes key steps toward getting off the ground, and where problems often occur. It includes chapters on building your group's democratic capacity, business, and environment of support, in a participatory conversational format. Attendees are offered 30 minutes of free consulting after the webinar from the US Federation of Worker Cooperatives. (March 1 – Webinar)Magic City Youth AssemblyRooted in the legacy of countless People’s Movement Assemblies across the nation, the Magic City Youth Assembly participants (ages ~17-30) will connect, discuss the challenges facing our communities, and brainstorm solutions for a more equitable future through activities, small group discussions and an organizing process that encourages various forms of participation. (March 1 – Birmingham, AL)How Will We Build an Equitable Economy in New York?Join us for an evening of conversation with Boston Impact Initiative Fund Co-Founder Deborah Frieze and New York City community organizers from CAAAV and the New Economy Project. They’ll share some real talk about projects that can reduce the racial wealth gap, even amidst political realities in Albany and City Hall. And you can bring your questions about what building an equitable economy looks like. (March 4 – New York, NY)

Getting on Common Ground – Conflict Resolution for Cooperative LeadersEsteban Kelly is the Executive Director of the US Federation of Worker Cooperatives (USFWC) and a worker-owner at AORTA Co-op (Anti Oppression Resource & Training Alliance). He will lead an interactive (and fun!) workshop on how to resolve tensions and work through difficult disagreements. After discussing the reasons why many disputes arise, he will guide participants through the steps that they can take to successfully resolve conflicts in their own cooperatives while fully acknowledging power dynamics. (March 9 – New York, NY

Grassroots Fund Just Transition Webinar: Guiding ValuesJoin Grassroots Fund staff and guest speakers (soon to be announced) to talk about what Just Transition means and how it is showing up in projects across the Northeast. This interactive webinar will both give an overview of key concepts and insights into how community organizers are applying ideas in their neighborhoods and communities. (March 13 – Webinar)

Our Homes, Our Future: How Rent Control Can Build Stable, Healthy CommunitiesAmid the worst renter crisis in a generation, it is time for policymakers to respond to the call for rent control to protect renters from skyrocketing rents and displacement. Join PolicyLink, Right to the City Alliance, and Center for Popular Democracy to learn more about a new report, “Our Homes, Our Future: How Rent Control Can Build Stable, Healthy Communities”, which sheds light on the unprecedented scale of the crisis facing renters and the potential to stabilize 12.7 million renter households nationwide through existing organizing campaigns for rent control. Report co-author Sarah Treuhaft will highlight key findings from the report, and speakers from Oregon and New York will discuss their local campaigns and the growing movement led by renters to push for stronger tenant protection laws. (March 13 – Webinar)Another World Is Here: Worker Co-ops and the Solidarity Economy in MAThis two day statewide convening will focus on the advancement of a worker ownership movement as well as the broader solidarity economy in Massachusetts. (March 16-17, Worcester, MA)

Responsible Business Summit New York 2019More than 500 CEOs and other business leaders will gather to discuss the core challenges and understand the latest technologies that are shaping the future of responsible business. Hammad Atassi, CEO of NEC Member organization American Sustainable Business Council (ASBC) will be a featured speaker. (March 18 – New York, NY)

Net-Work Hard Meet-UpWork Hard Pittsburgh is hosting their first "Net-Work Hard" event of the year. Come tour CoLab 18's facility. CoLab18 is a place where Northside residents and regional partners join together to problem-solve, learn and dream. As an innovative resource, CoLab18 provides the community with access to both the space and technology needed to invest in one another. Come learn about what they have to offer. (March 19 – Pittsburgh, PA)

Towards Cooperative Commonwealth: Transition in a Perilous CenturyTowards Co-operative CommonWealth is a master class in movement building for a new model of political economy that is sustainable, democratic, and socially just. Offered by the Synergia Institute and Athabasca University, it sets out the practical models and pathways for meaningful systems change at multiple levels. The goal: to better secure our basic needs for land, food, livelihood, social care, energy, finance and more in these increasingly difficult times. (March 25-July 14 – Online)

How Can We Make More Money? A Values Based Finance & Budgeting Seminar(March 3rd Application Deadline) Build skills to strengthen your organization’s approach to finances and budgeting for social change. This seminar is designed for people at all levels.  If you are a worker-owner, an educator, a cooperative developer, a community leader, or a board member of a group-oriented organization, this seminar is for you! Hosted in collaboration with NEC Member Organizations, Toolbox for Education & Social Action, and the Anti-Oppression Resource Training Alliance. (March 29-31 – Brooklyn, NY)

Global Advanced Messaging and Narrative ProgramFrom conceptual metaphor theory to framing semantics, participants will practice critical examination of language – their own and others’ – towards effectively reframing the issues of our day. You’ll leave with a clear set of skills and analytic tools to further your campaigns, as well as valuable connections to practitioners around the globe who are themselves resources for better messaging, campaigning and narrative development. (March 30 Application Deadline – Multiple Locations)Municipal Socialism ConferenceExperts will help activists and town officials explore publicly owned & non-profit solar power, hydro power, affordable housing and broadband, expanded school services, and incentives for forming worker coops. (March 30 – Greenfield, MA)