New Economy Roundup: Internet for All, Decolonize Your Mind, the Power of Small Media 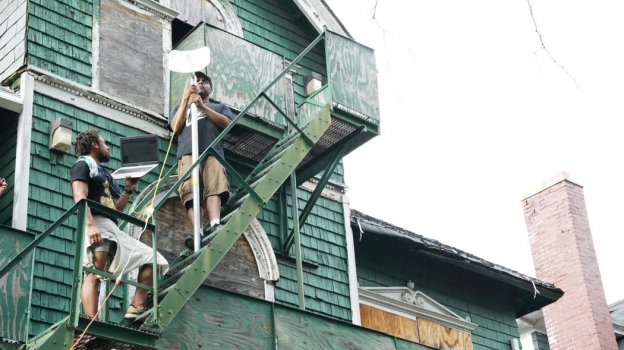 The news has been dominated in the last two weeks with talk about the G.O.P. tax bill, COP23, and of course Thanksgiving and Native History Month (check out the piece on decolonizing your mind in Movement News). Going into the holiday season, we hope these roundups serve as a reminder that incredible people building democratic alternative to our current system are out there. (If you can, please consider supporting our work.)

P.S. We’re hiring! Know any awesome folks who could be our next membership or development directors? Send them the links in our job board.

***Sign-up here to receive these bi-weekly newsletters straight to your inbox.**

Stories from the Field
Internet for All: 40 percent of Detroit residents don’t have access to internet but a growing a coalition of community members and multiple Detroit nonprofits are working to build access themselves. Both cost and lack of infrastructure have posed hurdles but by installing hardware themselves, the cohort is able to make access more equitable. Read about their work here.

Independent Media Matters: NEC member The Media Consortium helped coordinate an experiment in which a number of smaller news outlets published pieces on the same topic around the same time. The study found even a handful of stories by these small publications boosted Twitter traffic on topics like immigration or climate by 63 percent. Read about the study here and via #IndyMediaMatters.

Public Bank Revival: The newest governor-elect of New Jersey has the development of a public bank at the core of his fiscal policy which would mean divesting from mega-banks like Chase and Wells Fargo. Only one other state in the U.S. (North Dakota) has it’s own public bank but the idea has been floated around in other places for the last decade. Read more about the plan and its impact here.

Coops Impact Refugees: Co-ops from Sweden to Turkey took part in a study delving into how cooperatives can help refugees better integrate into life in a new country. Their results showed overwhelmingly that the model can help reduce tensions between local communities and provide jobs for refugees as well as services like childcare. Read more here.

Seeding Innovation: In Puerto Rico, citizens are imagining a recovery designed by Puerto Ricans, not Congress or developers. In this piece from one of our New Economies Reporting Project (NERP) fellows, read about how community groups are seeding an alternative economic vision that does not revive systemic inequities. Find it here

Listen: Worker Co-ops—A solution to an economy in crisis

Go beyond theory basics and into the tangible and rapidly growing efforts to grow worker cooperatives across the United States in this recorded online panel. Watch now!

Co-hosted by the U.S. Federation of Worker Cooperatives, the Democracy at Work Institute, and the Democracy Collaborative, speakers included:

The RootSkills Conference is an annual conference hosted by the New England Grassroots Environment Fund. The RootSkills Conference brings together 300+ students, community organizers, funders, nonprofits, and sustainable businesses who are working to address social justice challenges and improve community health, community resilience, and the environment in New England. Now more than ever, it is critical that organizers work together to build a shared vision for a more just and sustainable region! (New Hampshire, November 30- December 2)

The union co-op movement in the U.S. is growing, including four businesses that are part of the Cincinnati Union Co-op Initiative (CUCI), organizer of the symposium. The symposium will focus on progress being made to establish integrated networks of worker-owned, unionized businesses. Participants will discuss best practices, union co-op management, financing, training, the power of the union co-op model, and ways to build an economy that works for all. (Ohio, December 1-2)

Are you interested in learning financial analysis for start-up co-ops?  Session 3 of The Art and Science of Cooperative Development offers participants an in-depth training for understanding and performing feasibility analysis for new cooperatives. Participants will learn advanced Excel skills, research skills, how to perform cash-flow analysis, and to read and create multi-year projections and statements of operations. (Online, December 11-15)

In its first three years, the Institute has brought together over 100 leaders, majority people of color, serving over 5 million individuals collectively. Over three days, participants learn how capital works, explore its relationship with communities, and imagine what it could do instead if grassroots leaders and activists were at the helm. For capital to become a force for good, we need social justice leaders like you to devise ways to engage with it and take it back. From NEC member, Transform Finance. (New York, December 8-10)