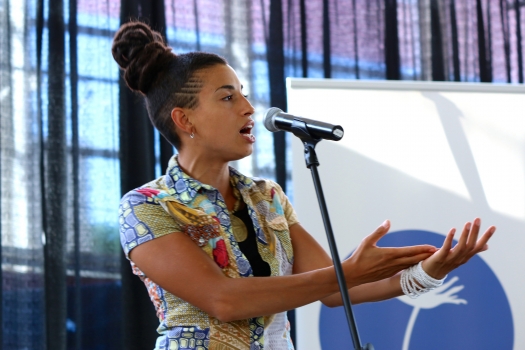 Join hundreds of change-makers at CommonBound, NEC’s biennial conference from June 22 – 24 in St. Louis, MO. With 13 network gatherings, 2 incredible plenaries, and 50+ workshops along 10 themed tracks, CommonBound will provide leaders with the broad tools and skills they need to take this movement to the next level. The last day to register for on-campus housing is this Sunday, June 10th. To take part of a site visit around St. Louis, reserve your spot by June 16th. Register for CommonBound today! 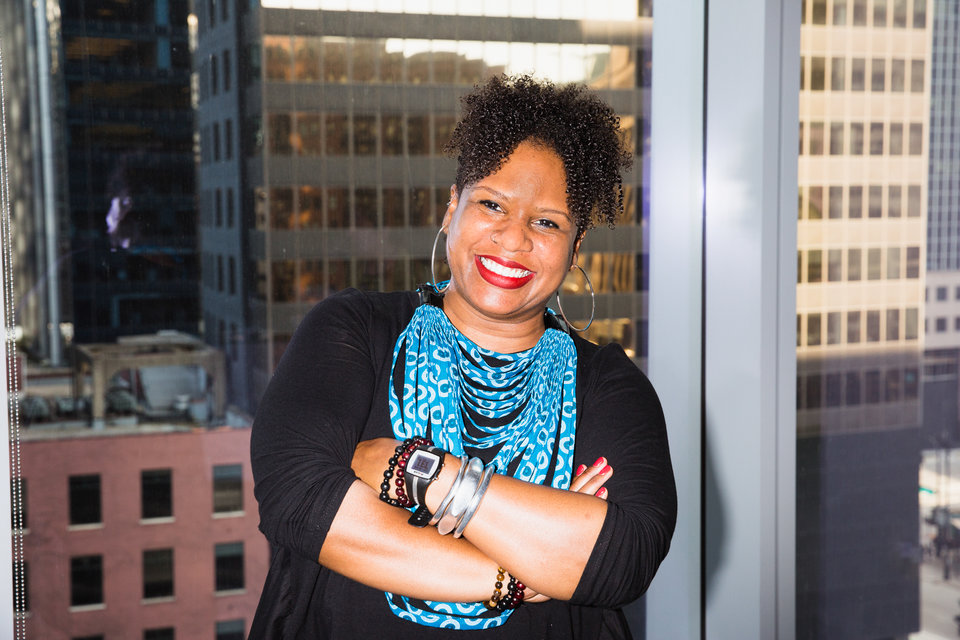 Worker Co-ops in the Gig Economy: Over 240 tech companies in the US are considered “platform cooperatives,” offering gig workers an ethical alternative in the digital service space. Read about the Platform Cooperativism Consortium’s $1m Google grant.

Basic Income Pilot in Stockton, CA: Mayor Michael Tubbs, a 27-year-old Stockton native and Stanford graduate, has proposed a basic income pilot that will provide $500 to 100 residents each month. See how he plans to make this work. 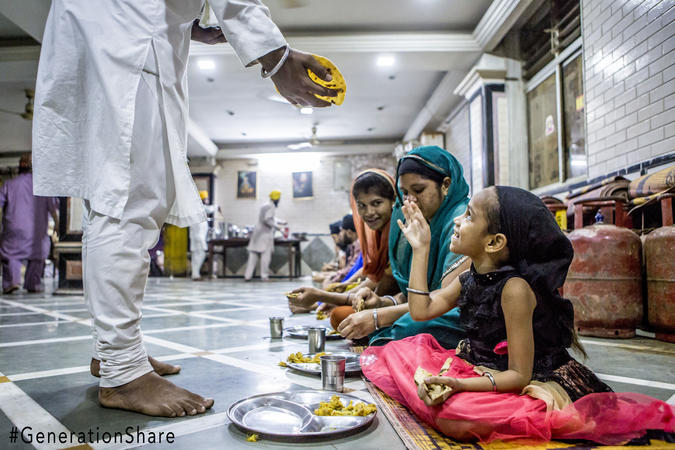 Global Sharing Week: This annual event, June 3-10, is organized by The People Who Share and Shareable. Global Sharing Week is the largest mass engagement campaign centered around the true sharing economy and highlights the power and impact of sharing resources. It's an opportunity for people around the world to host big and small sharing events. Find an event near you and explore fun and simple ways you can get involved.

UK ‘City of Culture’ Uses Art to Revive Local Economy: Hull, a small city in the north-east of the UK, was hit hard by the decline of its fishing industry. In 2017 it was named the UK City of Culture, kicking off a year-long program of place-based cultural events that have drawn visitors from across the country and given the city a welcome shot of energy, ideas and money. In this article, the project’s Executive Director shares successes and what other governments can do to replicate it.

Greek Solidarity Economy Takes Roots: A new law passed in 2011 defined the social economy and cooperative enterprise in Greece for the first time. Backed by the government, the Greek solidarity economy offers a way through economic crisis “as it contributes to inclusive economic development while combating unemployment and social exclusion and advancing the democratization of work and production.” Learn how the Greek government is supporting solidarity organizing. 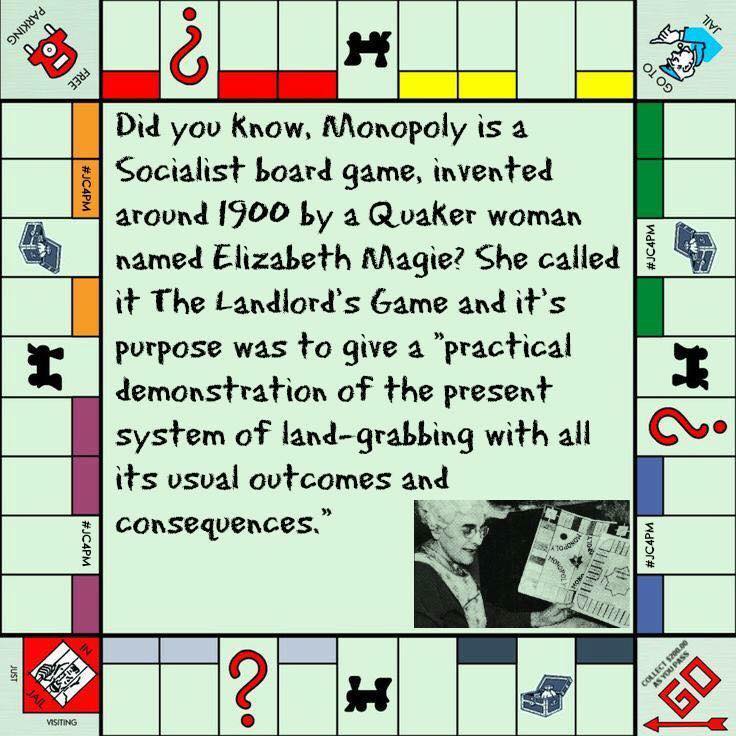 Little known fact! In 1903, a left wing feminist named Lizzy Magie patented the board game that we now know as Monopoly – but she never gets the credit. Lizzie created two sets of rules: an anti-monopolist set in which all were rewarded when wealth was created, and a monopolist set in which the goal was to create monopolies and crush opponents. Unbeknownst to Lizzie, it was the monopolist rules that captured the public’s imagination.

Learn more about Monopoly’s secret history from The Guardian.

We Own It is looking for people who care deeply about fairness and the opportunity for communities to fight for what is rightfully theirs. We Own It Fellows are typically rural electric co-op member-owners or people who work with them. Candidates might be new to co-ops or an experienced leaders. This opportunity is deal for people interested in gaining leadership experience, connecting with a growing network of grassroots organizers, implementing campaign tactics, and more.

Healing our relationship with land is essential for Black and Brown folks who have faced intergenerational dispossession. This workshop will explore the connection between healing and land, offer examples from Detroit of redistribution of public and private lands, and encourage knowledge exchange among participants. Organized by the PeoplesHub and led by Antonio Cosme. (Online, June 7th)

Toward a Fair & Equitable Massachusetts Economy

The Sustainable Business Network of Massachusetts hosts its 29th Annual Conference: Toward a Fair & Equitable Massachusetts Economy at Northeastern’s Curry Student Center in Boston. Join with business and community leaders representing nonprofits, businesses, and government agencies who are working every day to build a sustainable and just economy. (Boston, MA – June 8th)

The NYC Worker Cooperative conference is a co-production of the Community and Economic Development Clinic at CUNY School of Law and NYC Network of Worker Cooperatives. The 2018 theme is “Owning our Labor” and attendees can expect a full day of workshops, member gatherings, strategy sessions, networking events, and movement building. (New York City, NY – June 9th)

On June 22-24, 2018, over 700 people across the new economy movement will come together in St. Louis, MO for CommonBound 2018 to connect with one another, share our resources, and demonstrate our power in creating systems that truly meet the needs of our communities. In past years, CommonBound has answered the questions of what is a new economy, why do we need one, and who is it building it. Next June, CommonBound will connect these threads and focus on another question: How do we build a new economy? Registration opens in March. Scholarships available. (St. Louis, MO – June 22-24)

Rethinking Nonprofits: Aligning Equity and Justice with Your Organizational Structure

This training will explore how to infuse the governance, management, and operational practices of our organizations with our values of social, racial, gender, and ecological justice through the practice of deep democracy. Grounded in experience, research, discussion, and practice, the workshop will support participants to reimage and redesign teams, departments, or even their whole organization. (Oakland, CA – July 18th)

Center for Popular Economics' Summer Institute is a residential, week-long intensive training in economics for activists, educators, media makers, and anyone who wants a better understanding of how the economy works. This year’s institute will offer economic tools and analysis to understand the vital challenges of our time like climate change and the racial wealth gap. Attendees will discuss topics including “free” trade agreements and international finance, corporate power, economic and military imperialism, and global environmental justice. (Amherst, MA – July 29 – August 4th)