New Economy Roundup: What does a global cooperative network look like?

Welcome to the New Economy Roundup! In each installment you will be getting a breakdown of stories and news from NEC's 163 member groups and many more visionary leaders worldwide. The movement for economic democracy is gaining momentum globally and this newsletter hopes to cover it. Sign up for our email list here.

#BankingOnJustice: In the poorest region of Mississippi, community banks are helping revitalize the Delta. This piece from YES! Magazine looks at the role of CDFI's in places where bankers and residents have come to see one another as allies in the fight against poverty.

People’s Ride: People’s Ride in Grand Rapids, Michigan offers a glimpse of what a worker-owned Uber might look like. In this profile from the Democracy at Work, the founders talk about some of the struggles and benefits of applying the cooperative model to ridesharing.

Community Broadband: When everything from doing your homework to expanding your business requires turning to the World Wide Web, the internet — and access to it — becomes an issue of opportunity and equity. This is the story of a group of rural Montanans who organized across four counties to build a community-owned broadband cooperative and bring the internet to dozens of municipalities. A Global Co-op Network: No Chains, an international network of worker-led and sweat-free cooperatives, offers an alternative to the modern-day garment industry. This first installment of a series takes a close look at two of No Chains’ member cooperatives and their paths through labor struggles to stability and self-governance.

Open-Source Education: La Scuola Open Source in Italy is built on the principles of the sharing economy, allowing students to work together and share skills through project learning.

“We’ve lent $20 million in Indian Country. No defaults, no debt. When you give the power to the people, they make it work.”

After a year long process of convening local and national groups, the Movement for Black Lives has developed a new policy agenda with demands for black power, freedom, and justice. More than just a call for convictions and ending police violence, the platform outlines steps for liberation that range from education, to economic justice, and community control over institutions. Read more here » 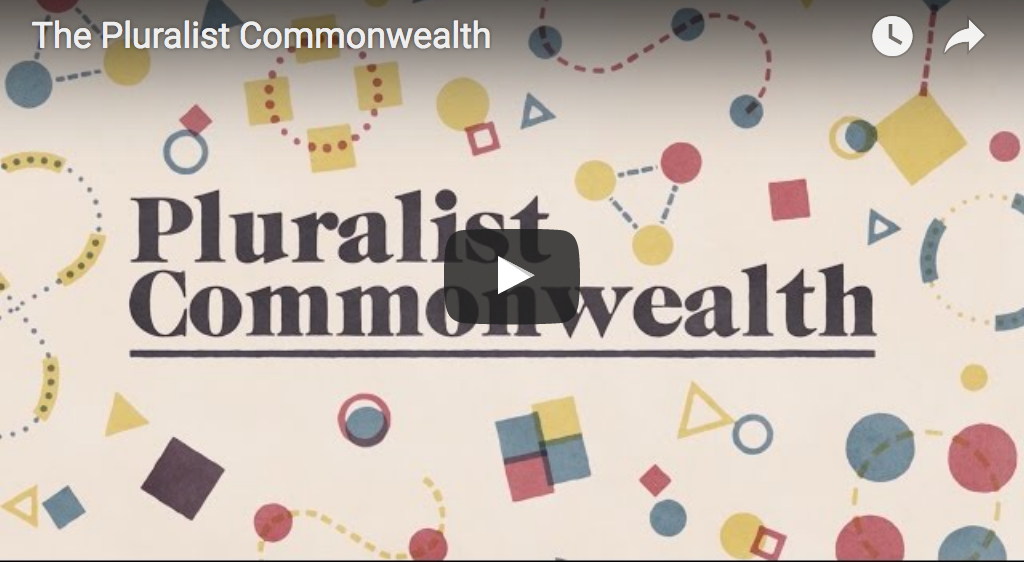 Historian, political economist, and NEC board member Gar Alperovitz offers an animated view of what a next system grounded in democratized ownership of the economy and real sustainability would look like. Watch here »

The Standing Rock Sioux tribe is calling for an end to the Dakota Access Pipeline:

Fund and Fuel Your DreamsJoin an amazing group of women entrepreneurs in Oakland, California to learn the tools and strategies for raising capital on your own terms. September 8-9 2016

Collective Courage: Standing Up, Fighting Back, and Building Self-Determined Beautiful Solutions Join the Highlander Research and Education Center in New Market, Tennessee to dig deep into what the road ahead holds in building a solidarity economy, new leadership, politics, roles, and relationships. September 16-18 2016