Rebuilding America’s Infrastructure: How to Save $1 Trillion Without Increasing the Deficit, Causing Inflation, or Raising Taxes 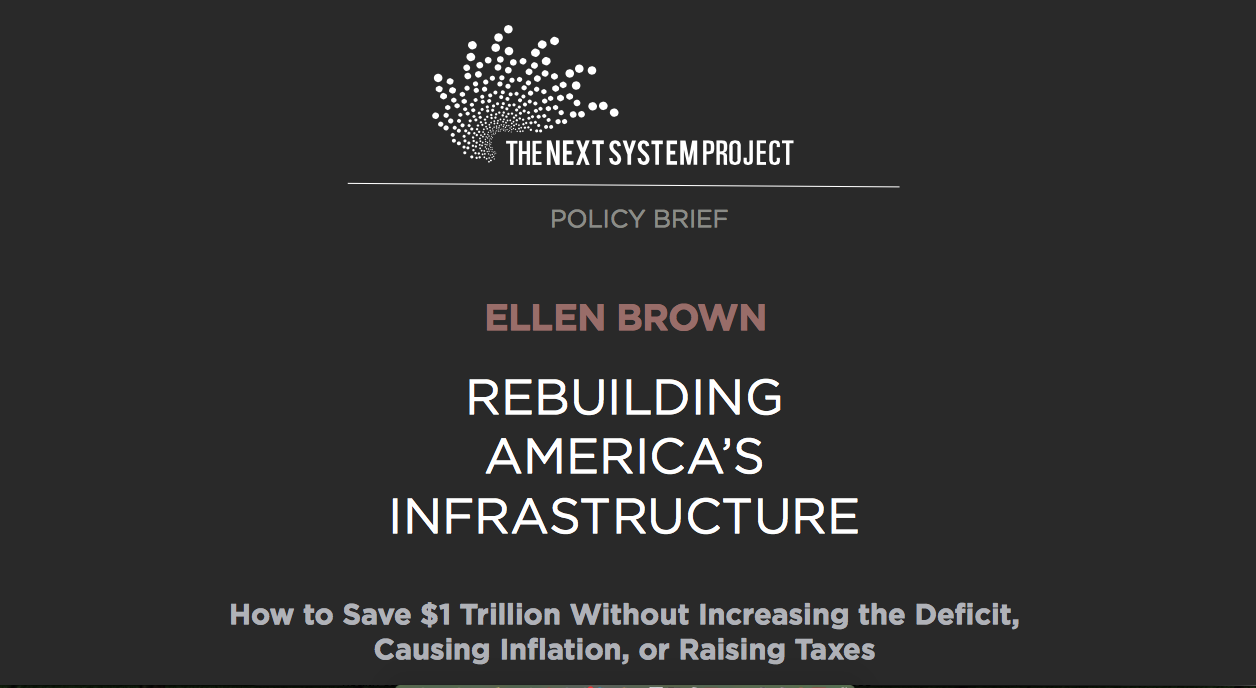 In The Next System Project's first policy brief, Democracy Collaborative Fellow Ellen Brown, founder and president emeritus of the Public Banking Institute, explores what's wrong with President Trump's approach to infrastructure. By focusing on private investment and public-private partnerships (PPPs) to come up with the capital to invest in repairing and upgrading our infrastructure, his plan will accelerate (partial) privatization of public assets and impose huge costs upon local residents, to be repaid through local taxes and extractive and regressive user fees like tolls.

Drawing on the historical precedents of both Lincoln's investments in railroad infrastructure and FDR's financing strategies for the New Deal, Brown shows how public strategies for investing in infrastructure make far more sense than what Trump is likely to put on the table. She estimates that an approach grounded in the use of public depository banks, either at the federal level or spread across a state-by-state network, could cut the $1.18 Trillion financing costs associated with a $1 Trillion investment in infrastructure in the Trump plan, once the returns demanded by private investors are factored in, to a mere $200 Billion. Not only would such public banks be able to lend money for infrastructure projects at a far lower rate, the interest earned on such loans would return to the public coffers.

Brown also identifies an even bolder approach that could bring the costs of investment in infrastructure down to zero. By embracing its power to create money for the public good using an innovative "qualitative easing" approach to inject new money into the real economy, the federal government could directly cover the costs of the pressing upgrades and repairs to our nation's roads, bridges, dams, water supplies, electrical grid, and transit lines without the need to borrow any money at all.