Shorter Work-Time Can Help In the Transition 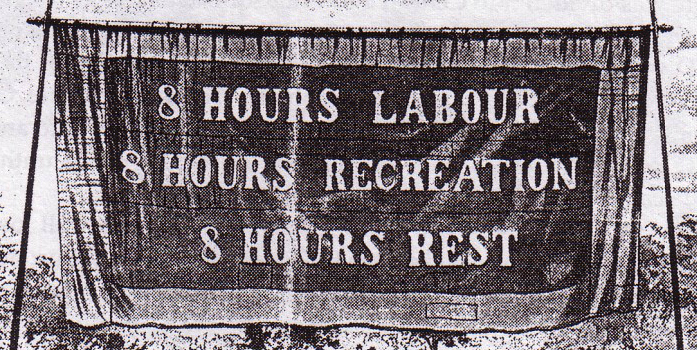 In the not-too distant future we can expect to see a rapid increase in structural unemployment as a result of increasing substitution of technology—including sophisticated robots—for human labor. A massive shift to new energy technologies can, in the short run, substitute for many jobs lost in the dirty fuel industries we must, and will, phase out.

An additional medium-term jobs policy to soften the transition to clean energy for vulnerable groups, modeled after the Civilian Conservation Corps of the 1930s and supported primarily by income from carbon taxes, should provide jobs in communities most impacted by the extractive industries by putting large numbers of young people to work in environmental restoration projects—rehabilitating areas damaged by mountaintop removal, for example.
But ultimately, the only real answer for addressing structural unemployment and protecting the environment lies elsewhere. Continued economic growth in rich countries such as the United States is increasingly unsustainable and limited by resource reduction. A central task for progressives is to return to the call for work-sharing and shorter work-time that characterized pre-World War II America.

Shorter work-time offers multiple benefits in addition to opening jobs to those who do not have them:

There is new interest in the idea of shorter work-time even among corporate leaders. Google’s Larry Page has suggested a four-day, 32 hour workweek, Hotels.com is pushing for a national paid vacation law, and the Harvard Business School suggests that shorter work-time increases worker productivity in creativity.

Karl Marx once wrote that the “prerequisite” for worker freedom and well-being is the “shortening of the working day” and that “a nation is truly rich when its workers work six hours a day instead of twelve.” Feminist writers including Kathi Weeks and Nichole Shippen argue that a politics of time should be advanced by progressives. Such a strategy must be combined with demands for higher minimum and median wages, but we should actively mobilize support for shorter work-time.

Americans work some of the longest hours in the industrial world. They desperately need shorter workweeks, longer vacations, family and sick leave and options to choose part-time work that pays a living wage.