Who Wants to be an Economist? 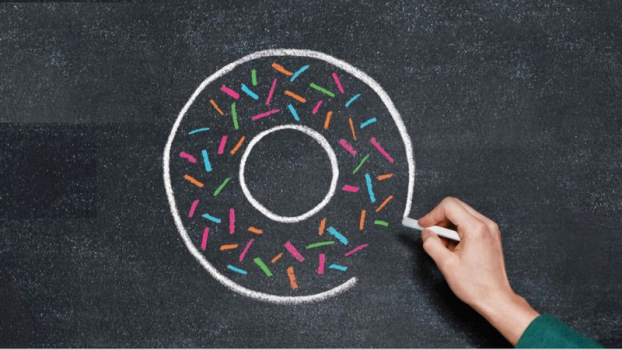 In October 2008, Yuan Yang arrived at Oxford University to study economics. Born in China and raised in Yorkshire, she had the outlook of a global citizen: passionate about current affairs, concerned about the future, and determined to make a difference in the world. And she believed that becoming an economist was the best way to equip herself to make that difference. She was eager, you could say, to become just the kind of economist that the twenty-first century needs.

But Yuan soon got frustrated. She found the theory—and the maths used to prove it—absurdly narrow in its assumptions. And since she began her studies just as the global financial system was heading into free fall, she could not help but notice it, even if her university syllabus didn’t.

‘The crash was a wake-up call,’ she recounted. On the one hand we were being taught as if the financial system was not an important part of the economy. And on the other hand, its markets were clearly wreaking havoc, so we asked, “Why is there this disconnect?”’ It was a disconnect, she realised, that ran far beyond the financial sector, visible in the gulf between the preoccupations of mainstream economic theory and growing real-world crises such as global inequality and climate change.

When she put her questions to her professors, they assured her that insight would come at the next level of study. So she enrolled for the next level—a Master’s degree at the prestigious London School of Economics—and waited for that insight to come. Instead, the abstract theories intensified, the equations multiplied, and Yuan grew more dissatisfied. But with exams on the horizon, she faced a choice. ‘At some point,’ she told me, ‘I realised that I just had to master this material, rather than trying to question everything. And I think that’s a sad moment to have as a student.’

Many students coming to this realisation would have either walked away from economics, or swallowed its theories whole and built a lucrative career out of their qualifications. Not Yuan. She set out to find like-minded student rebels in universities worldwide and quickly discovered that, since the millennium, a growing number had publicly started to question the narrow theoretical framework that they were being taught.

In 2000, economics students in Paris sent an open letter to their professors, rejecting the dogmatic teaching of mainstream theory. ‘We wish to escape from imaginary worlds!’ they wrote, ‘Call to teachers: wake up before it is too late!’ A decade later, a group of Harvard students staged a mass walk-out of a lecture by Professor Gregory Mankiw—author of the world’s most widely taught economics textbooks—in protest against the narrow and biased ideological perspective that they believed his course espoused. They were, they said, ‘deeply concerned that this bias affects students, the University, and our greater society’.

When the financial crisis hit, it galvanised student dissent worldwide. It also spurred Yuan and her fellow rebels to launch a global network connecting over 80 student groups in more than 30 countries—from India and the United States to Germany and Peru—in their demand for economics to catch up with the current generation, the century we are in, and the challenges ahead. ‘It is not only the world economy that is in crisis,’ they declared in an open letter in 2014:

"The teaching of economics is in crisis too, and this crisis has consequences far beyond the university walls. What is taught shapes the minds of the next generation of policymakers, and therefore shapes the societies we live in… We are dissatisfied with the dramatic narrowing of the curriculum that has taken place over the last couple of decades… It limits our ability to contend with the multidimensional challenges of the 21st century—from financial stability, to food security and climate change."

The more radical among these student protestors have been targeting highbrow conferences with their counter-cultural critiques. In January 2015, as the American Economic Association’s annual meeting got under way in Boston’s Sheraton Hotel, students from the Kick It Over movement plastered accusatory posters in the hotel’s corridors, elevators and toilets, projected giant subversive messages on to the conference centre’s street facade, and stunned the incredulous conference-goers by occupying their sedate panel discussions and hijacking question time. ‘The revolution of economics has begun,’ the students’ manifesto declared. ‘On campus after campus we will chase you old goats out of power. Then in the months and years that follow, we will begin the work of reprogramming the doomsday machine.’

It’s an extraordinary situation. No other academic discipline has managed to provoke its own students—the very people who have chosen to dedicate years of their life to studying its theories—into worldwide revolt. Their rebellion has made one thing clear: the revolution in economics has indeed begun. Its success depends not only on debunking the old ideas but, more importantly, on bringing forth the new. As the ingenious twentieth-­century inventor Buckminster Fuller once said, ‘You never change things by fighting the existing reality. To change something, build a new model that makes the existing model obsolete.’

This book takes up his challenge, setting out seven mind-shifting ways in which we can all learn to think like twenty-first-century economists. By revealing the old ideas that have entrapped us and replacing them with new ones to inspire us, it proposes a new economic story that is told in pictures as much as in words.