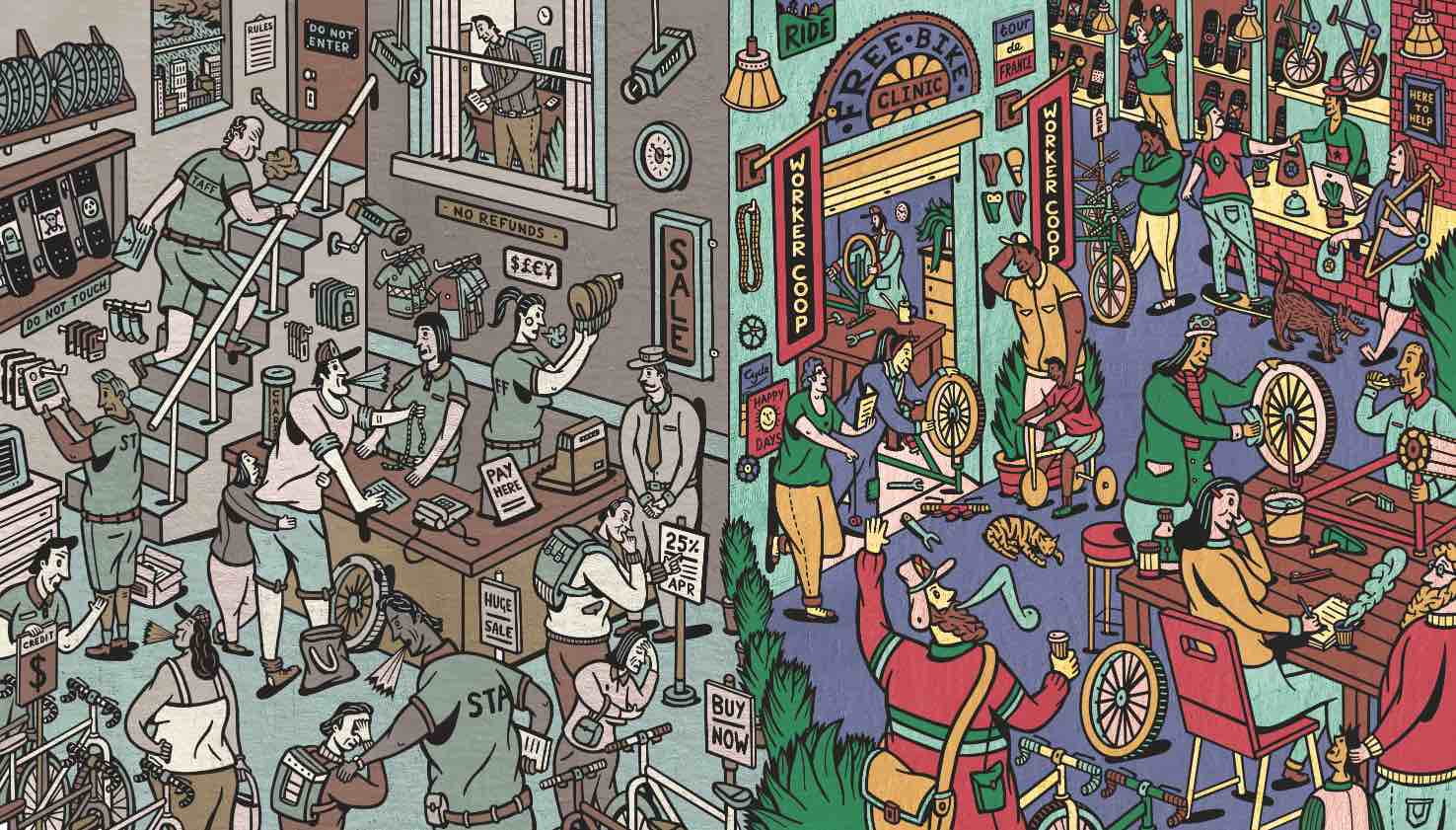 The latest episode of the Upstream podcast takes a deep dive into the worker cooperatives movement: a broad selection of organizations, activists, and cooperatively-structured workplaces that advocate for and embody workplace and economic democracy. The 21st century has seen an explosion in interest around worker cooperatives. In the first part of this two-part series, we look into how worker co-ops present a radically different kind of ownership and management structure, one that has the power to transform not only the workplace, but perhaps the economy as a whole.

This episode tells the story of Rich City Rides, a cooperatively-owned and run bike and skate shop in Richmond, California. Through candid conversations with one of the founders, and drawing from the wisdom of community organizers and thought leaders, we explore how worker cooperatives can transform workplaces into commons that strengthen cooperative values and begin to bring social and racial justice to marginalized communities.

We also take a brief trip to the Basque Country of northern Spain to explore how the rich cooperative environment there compares to that of the United States and the San Francisco Bay Area specifically. What challenges do co-ops in the U.S. face as they continue to bump up against the dominant, capitalist economic system? What can the movement learn from the successes and challenges of the Basque model?

Join Della Z. Duncan and Robert R. Raymond as they take you on an informative and inspiring exploration through one of the most important movements that is challenging the extractive and exploitative economy: the worker cooperative movement.

Esteban Kelly — Executive Director of the US Federation of Worker Cooperatives