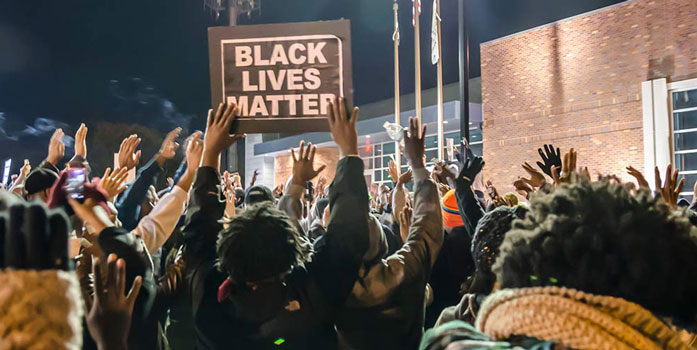 CoopEcon is the annual training institute organized by the Southern Grassroots Economies Project. Now in it's 3rd year, this event brings together people from across the US South who are building democratic ownership in their communities. CoopEcon was held October 3-5 at the Federation of Southern Cooperatives' Rural Training and Research Center in Epes, Alabama. The following dedication expresses how the core work of the Southern Grassroots Economies Project is about honoring and learning from the rich histories of communities building New Economy institutions on the frontlines of fights for racial, economic, and environmental justice.

We dedicate CoopEcon this year to Trayvon Martin, Mike Brown, the many other victims of police and other racist violence; We honor the heroic people of Ferguson and the countless ordinary people in communities across the country who know a change must come and are willing to participate in creating that change.

We dedicate CoopEcon to the people of Appalachia who see the tops blown off their mountains and their streams poisoned and watch as their children get cancer at high rates while their beautiful homeland is sacrificed to the greed of the coal companies, then abandoned when there is little profit left to squeeze out. We honor those who organize and resist  this devastation.

We dedicate CoopEcon to the communities that grocery stores left years ago, making it difficult to find fresh fruits or meats or vegetables. We honor those communities who have decided to do something about it and, with technical and financial help, build what they need.

CoopEcon honors these individuals and communities by helping to develop a way to make a change. CoopEcon is about changing the world, at first one neighborhood, one grocery store, one mountain top, one place, one fight at a time, but soon, all at once.

None of us can accurately predict the future; we can't predict when millions of people will be rapidly drawn into action by some event, a catastrophe perhaps, some situation that cannot be ignored. We can't gaze into a crystal ball and foretell the future, but we can struggle to prepare for it.

We do this by working now to build a sustainable economy that meets people's needs and while doing so learning and teaching the skills and developing the organization that will scale up to help meet the needs of many more people in the future. Our full humanity is only expressed when we can do for ourselves and meet our needs in our communities.

The South is our home. It is often neglected, misunderstood, misrepresented, and underestimated. We know its history of struggle and its potential for the future.

We know that those who see us as a source for their unquenchable thirst for profit have no need for many of us (although we didn't fare much better when we labored in their fields). They do not want us to be capable of doing for ourselves. As it was the case of the Blackland owners who were a foundation of the civil rights struggle, self-reliance carries with it a level of independence and confidence that frightens the powers that be, while it gives us great courage. This is the South that we want.

We live in a world of contradictions and disparity. There are islands of great wealth and privilege in an ocean of poverty and despair. The existing concentration of power and wealth among the few leads to ecological, social and economic devastation for the many. There are some of us, like Mike Brown, that the wealthy and powerful have no place for right now. The just want us off the street, on the sidewalk – if there is a sidewalk. And if we are defiant, if we refuse to move out of the way, if we refuse to become invisible, if we refuse to stop being inconvenient, asserting our humanity instead, demanding to be noticed, refusing to comply, we might be summarily executed and, as in the case of Mike Brown, left lying in the street as a sign to others that we must obey. But many young people still refuse.

Our greatest hope lies with these young people who refuse to do as they are told. Those who passively seek to comply with all authority, including those who fear and hate their community, are being asked to accept their own dehumanization and be agents of the dominant power.

The world in which Michael Brown would still be alive is a world we have yet to create. It is a world in which people are valued, not as a means to an end, but as ends in themselves. To Mike Brown, to that world, and to the others who are working to create it, we dedicate this year's CoopEcon.