There’s Nothing New About the New Economy 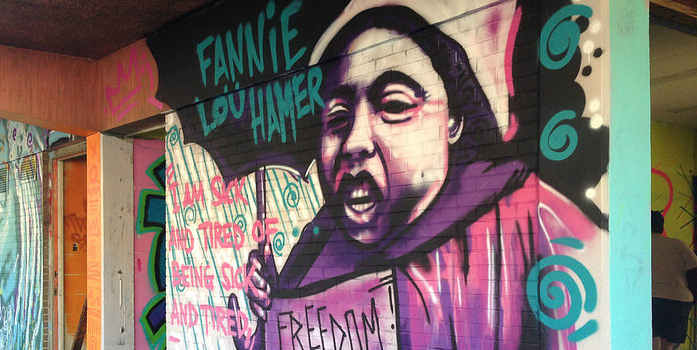 The term “New World” originated in the early 16th century after Europeans made landfall in what would later be called "the Americas". Florentine explorer Amerigo Vespucci is credited for having coined the term. He was an Italian financier, navigator and cartographer who demonstrated that Brazil and the West Indies did not represent Asia's eastern outskirts as initially conjectured from Columbus' voyages, but instead constituted an entirely separate landmass hitherto unknown to Europeans. Colloquially referred to as the New World, this second super continent came to be termed "America", deriving its name from Americus, the Latin version of Vespucci's first name.

Of course the land now known as the Americas was only “new” to Europeans, as other people had known this place well before either Columbus or Vespucci. This short history snipet can serve to keep us to be wary of when certain folks name something as new. From the perspective of an euro­centric worldview and assumptions of white supremacy, anything that white people have not experienced before is “new” no matter who else may have been involved before them.

This is how I feel about the term New Economy or even Sharing Economy. Even though I recognize certain innovations that are involved with work in our contemporary movement (particularly as it relates to use of modern technology), I resent the implied dismissal of the alternate economic strategies utilized over the years by people of color to survive the abuses of racialized western capitalism. Particularly for Black people in the Americas, making a way out of no way has been a consistent thread of our cultural and socio­economic heritage. Many of the foundational tenets of the New Economy are in my mind actually "native” to the traditions of my folks and others. It’s just new to you.

Fortunately, in my response to this question I can draw from an excellent blog article written by Penn Loh last year in recognition of New Economy Week. In a piece entitled “What is the Color of the New Economy? And Why it Matters,” Loh presents a cogent critique of the race issue as it relates to progressive movements in general and the self proclaimed New Economy phalanx in particular. In establishing a common understanding of why race still matters within even our hopeful agenda of transforming economic systems, he writes:

Race and racism are central to how the economy functions, whom it serves, and who pays the costs of obscene wealth accumulation and environmental unsustainability. Race and class in the U.S. are inextricably intertwined, beginning with slavery and Native American genocide and continuing to this day with the struggle of immigrants. In short, how we live in and experience the economy differs drastically depending on our race and class.

Beyond what may sound to some like a worn out argument for consideration of injustice and tolerance, Loh goes on to provide a primer on how Black history in America is rich in examples of how old our New Economy actually is when the facts are known. A brief timeline he shares is worth re­listing here:

Fortunately, we don’t have to look hard to find examples of communities of color both now and in the past that have advanced economic principles of fairness, sustainability, and democracy. In the latter 19th century, Blacks, as part of the Knights of Labor as well as their own organizations, were part of developing cooperatives both rural and urban. Civil rights icon Ella Baker spent her early organizing career in the 1930s with the Young Negros Cooperative League, supporting Black communities to develop cooperatives and self help groups. A group of Black women founded the Freedom Quilting Bee cooperative in 1966 in Alabama, selling quilts and then acquiring land for a sewing plant and for sharecropping families that had lost their land because of civil rights activism. At its height, the cooperative was the largest employer of 150 in Alberta Alabama. In 1985, Cooperative Home Care Associates was formed in the Bronx as a worker­owned cooperative made up of primarily Latina and Black women home care workers. It now has over 2000 employees and has become a certified B Corporation.

My point is not to play a racial one upmanship game or quibble about semantics. Rather it’s to point out that both in precedent and principle, we should consider rejecting the nomenclature and notion that there is anything truly new about the New Economy movement. To continue perpetuating the distorted perception that we have somehow just discovered as Loh calls “advanced economic principles of fairness, sustainability, and democracy” only serves to reinforce old patterns of cultural theft and psychological colonialism.

In all ways that matter, there is nothing new about the New Economy work we are doing in the 21st Century. We are engaged in a struggle to remake our economic world as an expression of our humanity and in resistance to the existing systems that do not work for us. These actions of solidarity and sovereignty are fully in the traditions of native people defying genocidal attempts to exterminate their way of life, enslaved Africans in the Americas recovering from generations of bondage or theft of wealth, and immigrants negotiating between the lines of American capitalism to make a life in this country despite the odds being against them. Even at this late date in our use of the language, I challenge us to find another way to describe what we are doing in the so­-called New Economy community. Rather than shrugging our shoulders to say “what’s in a name”, let’s make the effort to break the chains that confine people of color to always follow in the wake of European discoveries.