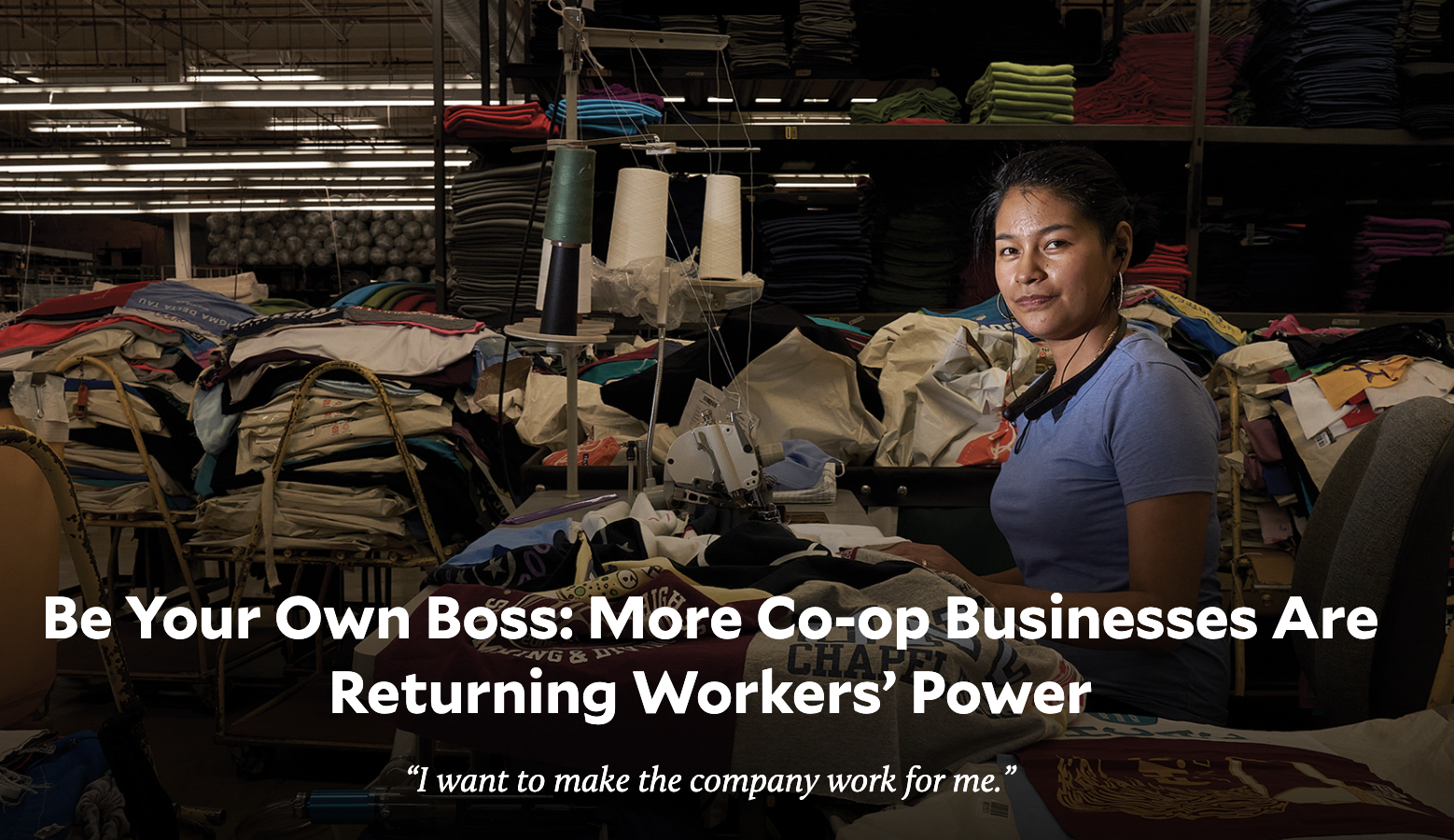 This week we’re talking about Co-op Month, how communities are reclaiming land and housing from the Bronx to Berlin, solidarity with Haitian and Black migrants, Indigenous resistance in Brazil, grassroots energy democracy in Puerto Rico, the Black social economy and community lending, and​more!

Co-ops on the Rise: October is Co-op Month! Worker-owned co-ops are up 36 percent since 2013, according to NEC member US Federation of Worker Cooperatives. There are now 465 verified worker-owned co-ops in the US and around 450 more in their start-up phase. BIPOC cooperators have long led the way in growing this movement –– read about Latinx-led caregiver, beauty, and farm co-ops, and attend the 2021 Black Cooperative Solidarity Conference this week to learn more about co-ops in the African Diaspora.

CLTs in the Bronx: Last week, community members in the Bronx held a day of action to demand the city turn a vacant lot into a community land trust, instead of selling it off to private developers. By removing land from the speculative market, CLTs serve as tools for resisting gentrification and displacement. Learn more about the different models for increasing community-controlled land and housing in the wake of the pandemic, in this new report by NEC member the Democracy Collaborative.

Solidarity with Haitian Asylum Seekers: The violent treatment of Haitians at the US-Mexico border is part of a long history of anti-Black immigration policy and US imperialism in Haiti. Support on-the-ground aid in Texas​ and join the growing call to action​ to end the war on Black immigrants.

Social Housing Win in Berlin: Last week, roughly 56% of Berlin voters backed a referendum that would force the city to buy apartments from corporate landlords, potentially bringing as many as 240,000 homes into public ownership. The vote, which is being hailed as a win for tenant organizing and the working-class, comes on the heels of the city’s first community land trust being established in June.

Argentinian Co-op History and Futures: In the midst of the COVID-19 pandemic, Argentinians are drawing upon their long history of cooperativism to support communities in a time of need. In 2020, a full 10 percent of Argentina’s GDP was produced by the cooperative sector, totaling over 20,000 businesses. Read more about the history of Argentinian co-ops and recuperated factories in the newly published book Workers’ Self-Management in Argentina.

Indigenous Resistance in Brazil: Since becoming president in 2019, Jair Bolsonaro has radically escalated violence against Indigenous peoples and territories. In August, the Association of Indigenous Peoples of Brazil (AIPB) filed a lawsuit in the International Criminal Court charging Bolsonaro with genocide, and thousands occupied the Brazilian capital in protest of anti-Indigenous legislation. Read more about how the AIPB is organizing for a decolonized, “ancestral future.”

The Energy Democracy Project just released a new toolkit that exposes utility tactics and shares how communities have built power to fight back against energy utilities. Check out the People’s Utility Justice Playbook, and then take action with the Rural Power Coalition to tell Congress to make real investments in energy democracy.

The Response: Restoring Power to the People

Last week, on the 4th anniversary of Hurricane Maria, NEC member Shareable publicly released their short documentary on mutual aid centers in Puerto Rico. Focusing on grassroots efforts to restore electric and civic power to the people after Hurricane Maria, the film demonstrates what community-led disaster response and Just Recovery can look like when the public participates in mutual aid. Watch the film and download Shareable’s accompanying e-book, The Response: Building Collective Resilience in the Wake of Disasters.

“Among millions of Black women in Africa, the Caribbean, and North America, ‘rotating savings and credit associations’ are trusted alternatives to racialized, exclusionary systems of formal banking.” Hear Professor Hossein of the University of Toronto discuss the resilience of the Black social economy in this episode of Frontiers of Commoning, produced by NEC member the Schumacher Center for A New Economics. 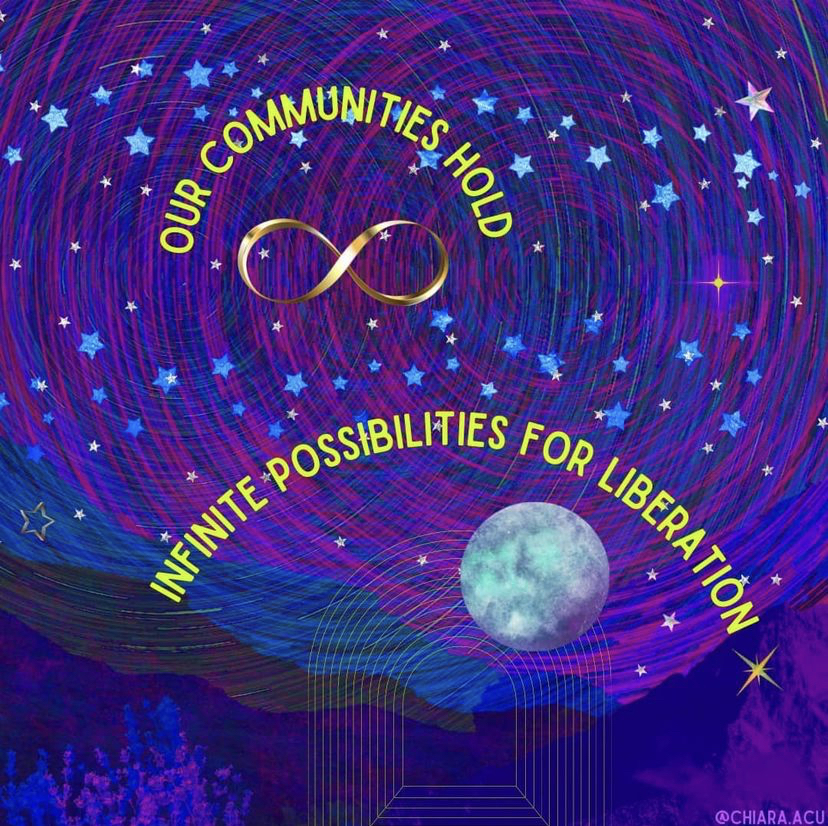 Follow NEC on Instagram — @neweconomycoalition — Where we’re sharing about the first works of art emerging from the Creative Wildfire cohort! It’s a joy to witness cultural workers and artists learn about the solidarity economy, and use their craft to inspire systems change and economic transformation.

2021 Black Cooperative Solidarity Conference
“Repaired Nations is excited to announce our 3rd Annual Conference: Locally Grounded, Pan African Rooted. We will be holding the following four online webinars where we highlight the work, successes, and struggles of Black cooperatives, collectives and repatriation projects. We will also feature live cultural performances, a health and wellness workshop and a movie night! The conference will culminate with a robust group discussion on collectively moving intentionally towards a Black economic solidarity network.” (September 29-October 3 – Online)

Hot D.A.M! The SMA Freedom and Survival School
“Join the Southern Movement Assembly and community members from the region in a 6-month series of focused discussions on Decolonization, Abolition, and Mutual Aid. Together we will study the systems we want to dismantle, assess the root causes of our past and present conditions, develop shared visions, and analyze the possibilities for liberated communities.” (September-April – Online | Registration Open)

Pathways to Power Shift: Movement-led Funding in the Age of Billionaires
“The Regenerative Economies Organizing Collaborative (REO), in partnership with Climate and Energy Funders Group, EDGE Funders Alliance, Health and Environmental Funders Network, Justice Funders, and Neighborhood Funders Group, is hosting an info-share webinar for funders interested in hearing a full, connected story of the various moving pieces that have developed over the past year in relation to the Bezos Earth Fund, the Fund for Frontline Power, and related organizing among grassroots intermediaries.” (October 1 – Online)

Ashe Ashe: Boston Ujima Project’s 2021 Cultural Assembly
“The Boston Ujima Project is harnessing a spirit of solidarity to build a new economy that reflects our values, meets our needs, and allows our communities to thrive. The 2021 Cultural Assembly will be an opportunity for artists and cultural organizers to come together to set collective priorities and develop practices for shared political power and economic development in Boston.” (October 13-October 22 – Online & In-Person | Registration Open)

Freedom Dreams Co-operative Education: Fall Workshop Series – Co-ops For Liberation
“Freedom Dreams Co-operative Education Program is an online and place-based workshop series that shares knowledge about co-operatives and the solidarity economy from a Black, Indigenous and Person of Colour (BIPOC) perspective … join us to look at the historical and current role co-ops play in the fight for social justice and how co-ops can be powerful tools for social change.” (October 13 – Online)

Remaking the Economy: Economic Justice in Indian Country
“Nonprofit Quarterly kicks off the 2021-22 season of our Remaking the Economy series in Indian Country. In partnership with the First Nations Development Institute (“First Nations”), we bring three leading Indigenous economic justice leaders who will speak to their work and the challenges they face in a discussion-style format.” (October 14 – Online)

Making Money Make Change
“MMMC is an intimate space that uses workshops, storytelling, and skill-building to create a space for young people with class privilege and wealth to explore questions of identity and responsibility in a supportive environment. MMMC programming is dynamic and specific to young people with wealth who are interested in social justice. Whether you have been grappling with what it means to have class privilege and value social change for some time or are new to thinking about these topics, we invite you to attend and explore these topics in community.” (October 15 & 16 – Online | Registration Open)

Utility Justice Playbook
“Have you ever noticed how utilities across the country seem to be using the same tactics against us? … the Energy Democracy Project is fighting back by releasing the People’s Utility Justice Playbook. Join Yesenia Rivera, Solar United Neighbors, and Nora Elmarzouky, POWER Interfaith to learn more about the playbook and how you can use it to expand energy democracy in a community near you.” (October 20 – Online)

41st Annual E. F. Schumacher Lecture
“Julian Aguon, a writer, lawyer, and activist from Guam, will deliver the 41st Annual E. F. Schumacher Lecture virtually, titled “Felled By Beauty: Guam and The End of American Empire.” Following his lecture he will be joined by respondent Lisa Linda Natividad and host Jodie Evans for a question and answer period. The event will feature an introduction by Naomi Klein.” (October 24 – Online)

North American Students of Cooperation (NASCO) Institute 2021
“Since 1977, NASCO’s Cooperative Education & Training Institute has been widely recognized as one of the most important training and networking opportunities available to members, directors, staff, and managers of group-equity cooperatives. The annual NASCO Institute is always a one-of-a-kind opportunity to network with hundreds of cooperative leaders and employers, to caucus about pressing issues, and to work on building an inclusive and accessible cooperative movement.” 2021 theme: Mutual Aid (November 12-14 – Online | Registration Open)