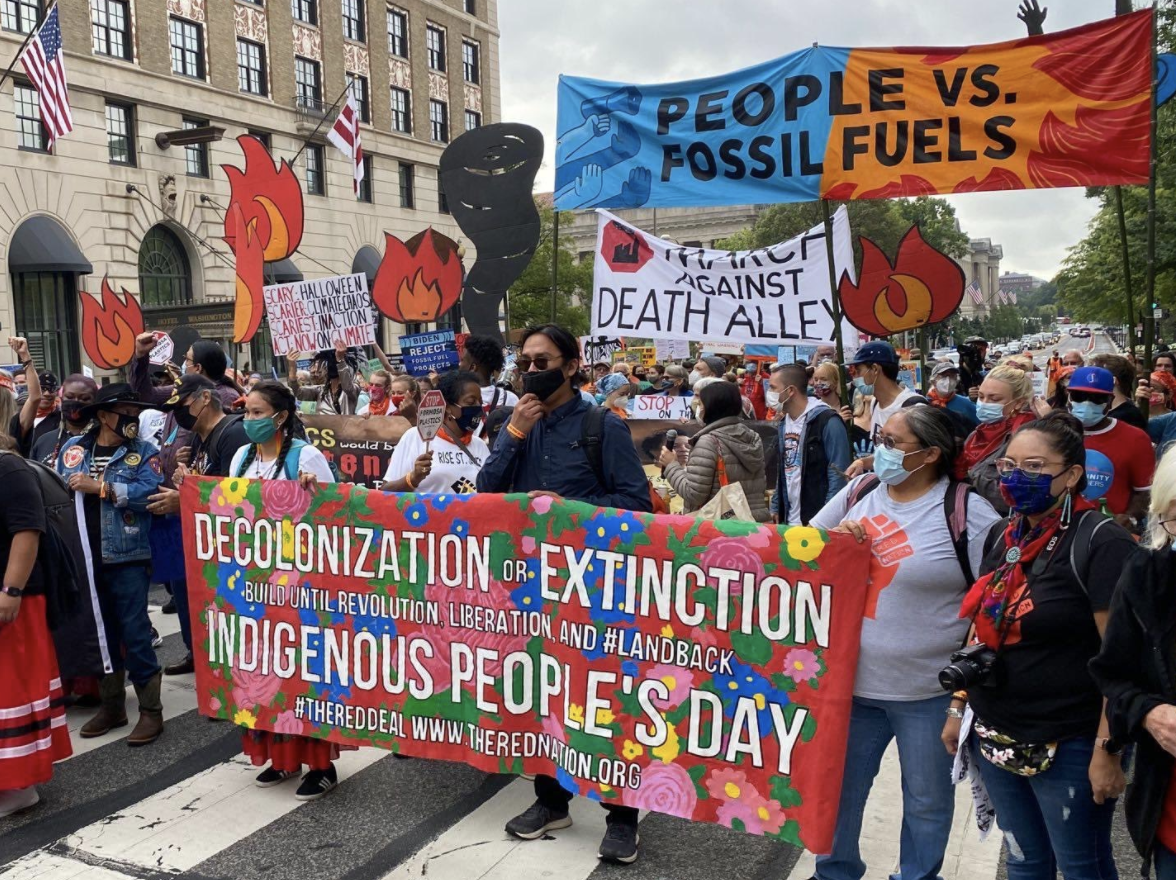 This week we’re talking about Indigenous-led organizing to restore land, livelihoods and collective self-determination, a recent win for public banking in LA, an upcoming day of action for food sovereignty, reflections of the 10th anniversary of Occupy Wallstreet, and more! 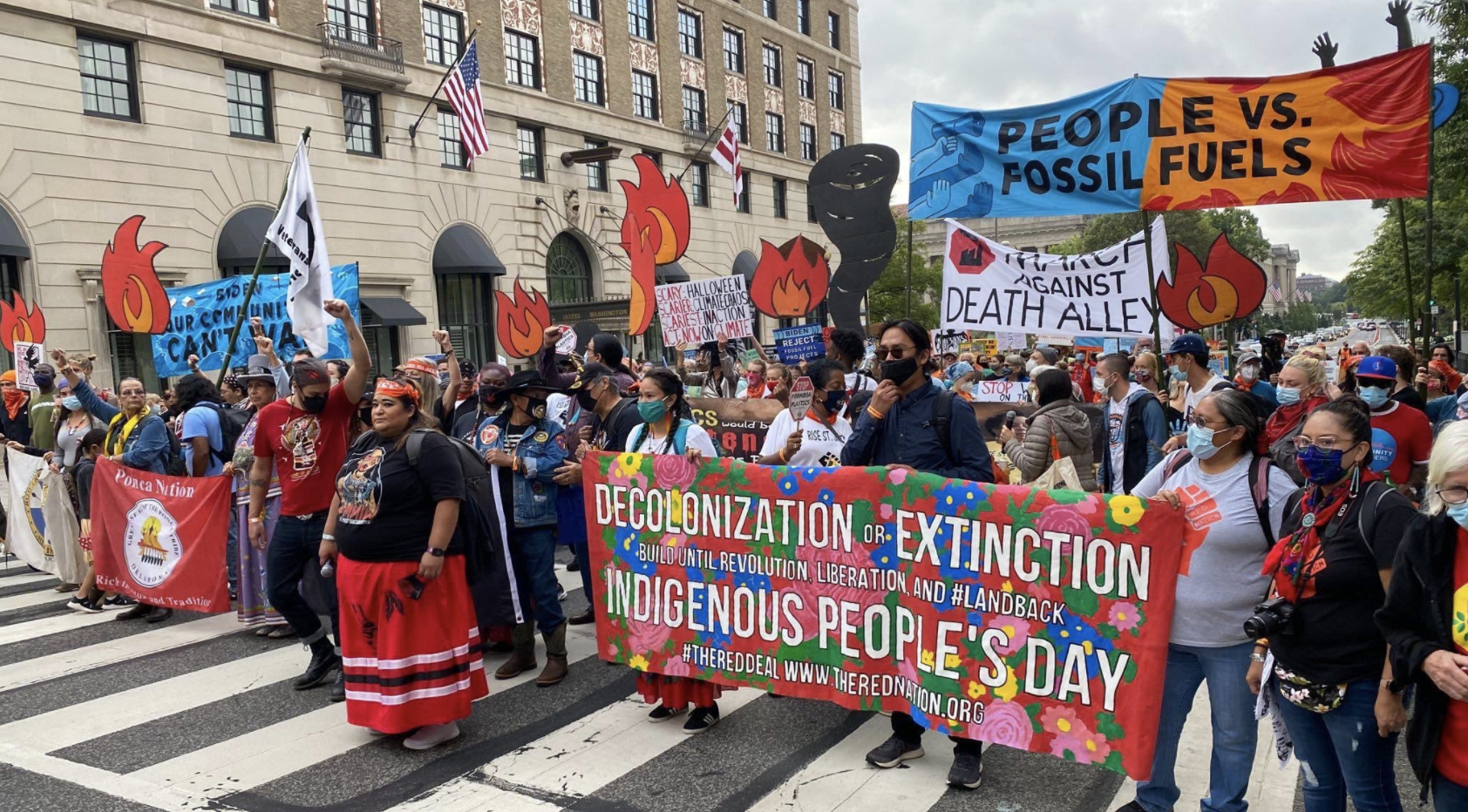 Land Back & Indigenous Solidarity Economies: As we honor Indigenous resistance across the globe this week, we want to highlight examples of Indigenous-led projects putting Land Back into action. Watch this special feature about how organizers with NDN Collective are reclaiming ancestral lands in the sacred Black Hills of South Dakota. Then read about Dishgamu Humbolt, a Wiyot-led effort to heal and rebuild, while using solidarity economy principles to re-indigenize.

Public Banking Win: Last week marked a historical moment, as Los Angeles took the first steps toward forming a city-owned bank that would reinvest profits in the public interest. LA would be the first major U.S. city to get a public bank. To learn more, check out the latest on “Banking Reform for the People” and join this upcoming discussion about public banks around the world, hosted by NEC member organization New Economy Project.

Co-op Month Redux: We’re still learning from and celebrating Co-op month! Worker-owned cooperatives have long provided space to create more just, resilient, and inclusive economies. Dig into co-op theory and practice by watching these recordings about the history of Black cooperative economics, and the connections between worker cooperative advocacy and movements for racial and gender justice, abolition, and immigrant rights. 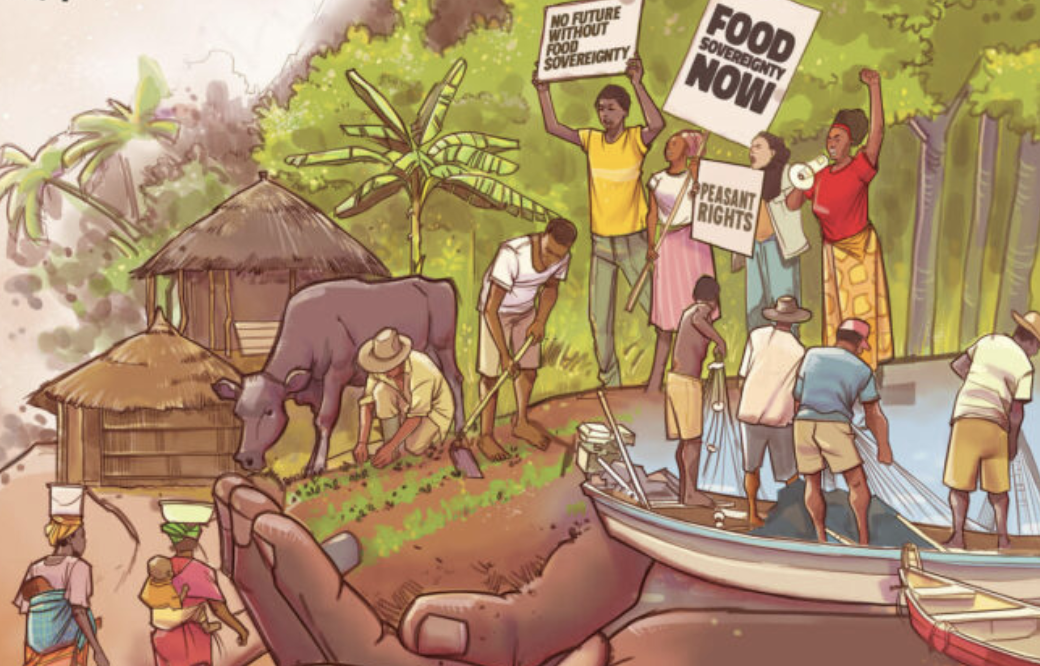 Food Sovereignty Now! This Saturday, October 16 is the International Day of Action for Peoples’ Food Sovereignty. Food sovereignty — with its emphasis on community-controlled land, cooperation, and place-based ecological knowledge — is a cornerstone of the solidarity economy, and we honor the work of peasants’ rights organizations around the world. Hear about the work of a 14,000 member-strong organization of peasant farmers in Romania, and join La Via Campesina’s call to action.

One Year of India Farmer Protests: Since 2020, millions of Indian farmers have mobilized in protest of anti-farmer and anti-worker laws pushed by the right-wing Modi government. Now, they’re ramping up protests again, blocking major roads and railway tracks in their struggle for rural livelihoods and life. Read more about the upcoming actions and general strikes planned in the coming weeks. 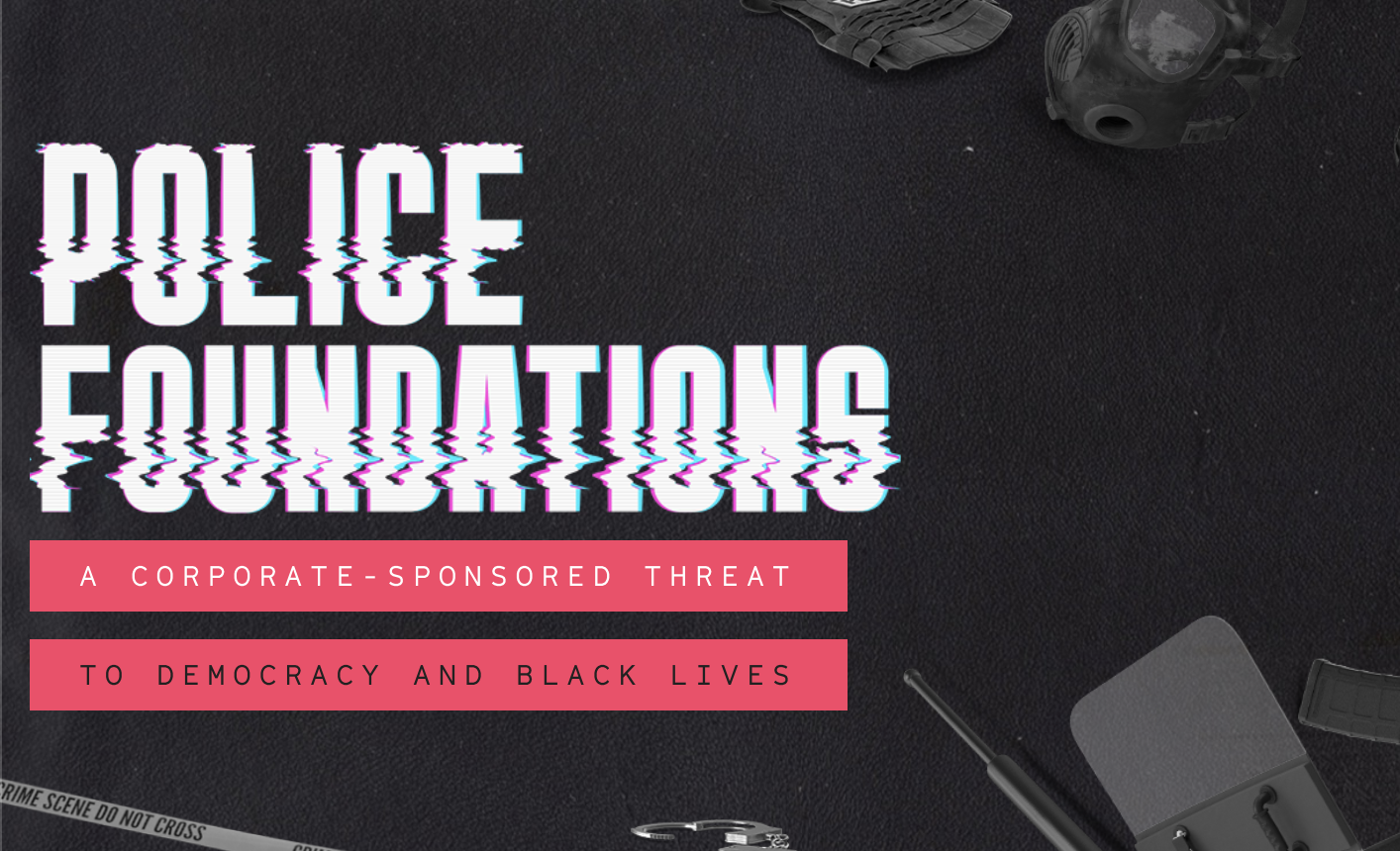 Financial ties between police foundations and corporations have been newly illuminated in a report from Color of Change and Little Sis: “‘Police foundations are ‘protecting corporate interests and enabling state-sanctioned violence against Black communities…It’s impossible to separate the world of policing from the world of money.’” Read the full report, find resources, and take action at PoliceFoundations.org. 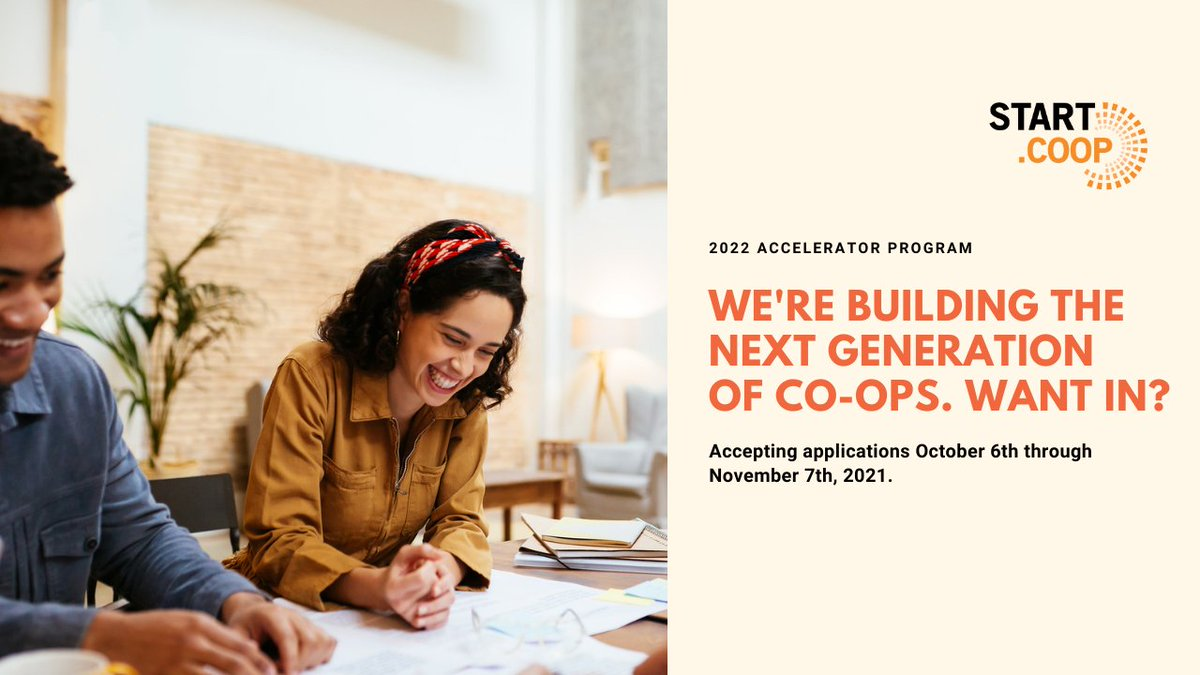 Applications are open for Start.Coop’s cooperative business accelerator program! Get one-on-one coaching, technical assistance, and $10,000 in start-up capital to launch your co-op. Recent graduates from the program include The Drivers Cooperative and Savvy Co-op. Learn more and apply by November 7! 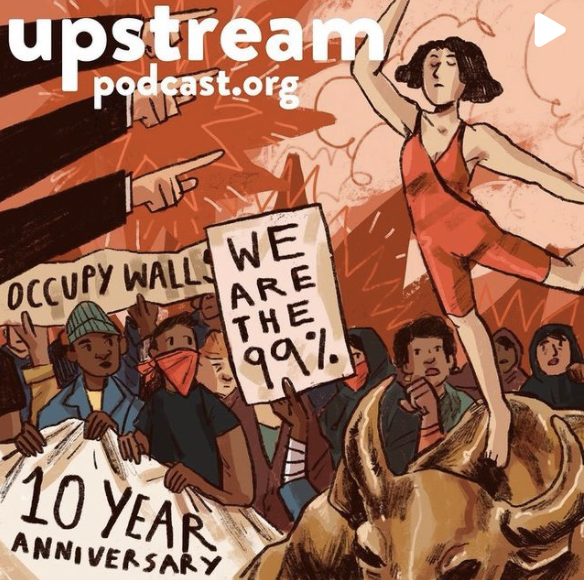 Last month marked the 10 year anniversary of Occupy Wall Street. Tune in to Upsteam’s latest episode to hear how Occupy has continued to manifest a decade later in our movements, language, mutual aid efforts, and fights for deeper democracy. Listen now. 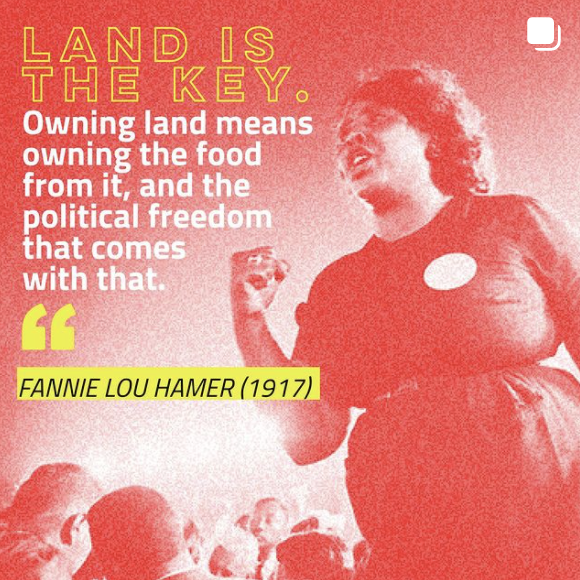 Hot D.A.M! The SMA Freedom and Survival School
“Join the Southern Movement Assembly and community members from the region in a 6-month series of focused discussions on Decolonization, Abolition, and Mutual Aid. Together we will study the systems we want to dismantle, assess the root causes of our past and present conditions, develop shared visions, and analyze the possibilities for liberated communities.” (September to April – Online | Registration Open)

Ashe Ashe: Boston Ujima Project’s 2021 Cultural Assembly
“The Boston Ujima Project is harnessing a spirit of solidarity to build a new economy that reflects our values, meets our needs, and allows our communities to thrive. The 2021 Cultural Assembly will be an opportunity for artists and cultural organizers to come together to set collective priorities and develop practices for shared political power and economic development in Boston.” (October 13 to October 22 – Online & In-Person | Registration Open)

Making Money Make Change
“MMMC is an intimate space that uses workshops, storytelling, and skill-building to create a space for young people with class privilege and wealth to explore questions of identity and responsibility in a supportive environment. MMMC programming is dynamic and specific to young people with wealth who are interested in social justice. Whether you have been grappling with what it means to have class privilege and value social change for some time or are new to thinking about these topics, we invite you to attend and explore these topics in community.” (October 15 & 16 – Online | Registration Open)

Utility Justice Playbook
“Have you ever noticed how utilities across the country seem to be using the same tactics against us? … the Energy Democracy Project is fighting back by releasing the People’s Utility Justice Playbook. Join Yesenia Rivera, Solar United Neighbors, and Nora Elmarzouky, POWER Interfaith to learn more about the playbook and how you can use it to expand energy democracy in a community near you.” (October 20 – Online)

Building People-Powered Budgets: An Organizers’ Roundtable
“During this event, you’ll hear a powerful panel of leaders from PowerSwitch Action’s national network and partners speak on the transformational power of reclaiming public money for public goods that benefit all people and build racial and gender justice in our communities. We’ll discuss why budget fights are crucial for shaping our future, the opportunities and challenges they present, and how key takeaways from recent campaigns inform evolving strategies and tactics on the ground.” (October 21 – Online)

The Experience of CLTs in Latin America
“This event intends to establish a debate on the experiences of Community Land Trusts in Latin America, highlighting their challenges and potential through the testimony of people directly involved with projects of this type in progress.” (October 21 – Online)

41st Annual E. F. Schumacher Lecture
“Julian Aguon, a writer, lawyer, and activist from Guam, will deliver the 41st Annual E. F. Schumacher Lecture virtually, titled “Felled By Beauty: Guam and The End of American Empire.” Following his lecture he will be joined by respondent Lisa Linda Natividad and host Jodie Evans for a question and answer period. The event will feature an introduction by Naomi Klein.” (October 24 – Online)

Community Stewardship and Right to Housing Donor Briefing
“Join Right To The City Alliance and our member organizations to learn about the growing movement to secure permanently affordable, dignified housing. We will share about efforts to take land and housing off of the speculative market across the country. In the face of rising threats of gentrification, police violence, and climate displacement, we need to act together to forge new community futures.” (November 3 – Online)

Transforming Investment to Build Community Wealth
“Join the Kataly’s Restorative Economies Fund (REF) and our grantee partners for a discussion about prioritizing shared prosperity instead of individual wealth, and the non-extractive investments that can get us there.” (November 10 – Online)

North American Students of Cooperation (NASCO) Institute 2021
“Since 1977, NASCO’s Cooperative Education & Training Institute has been widely recognized as one of the most important training and networking opportunities available to members, directors, staff, and managers of group-equity cooperatives. The annual NASCO Institute is always a one-of-a-kind opportunity to network with hundreds of cooperative leaders and employers, to caucus about pressing issues, and to work on building an inclusive and accessible cooperative movement.” 2021 theme: Mutual Aid (November 12-14 – Online | Registration Open)