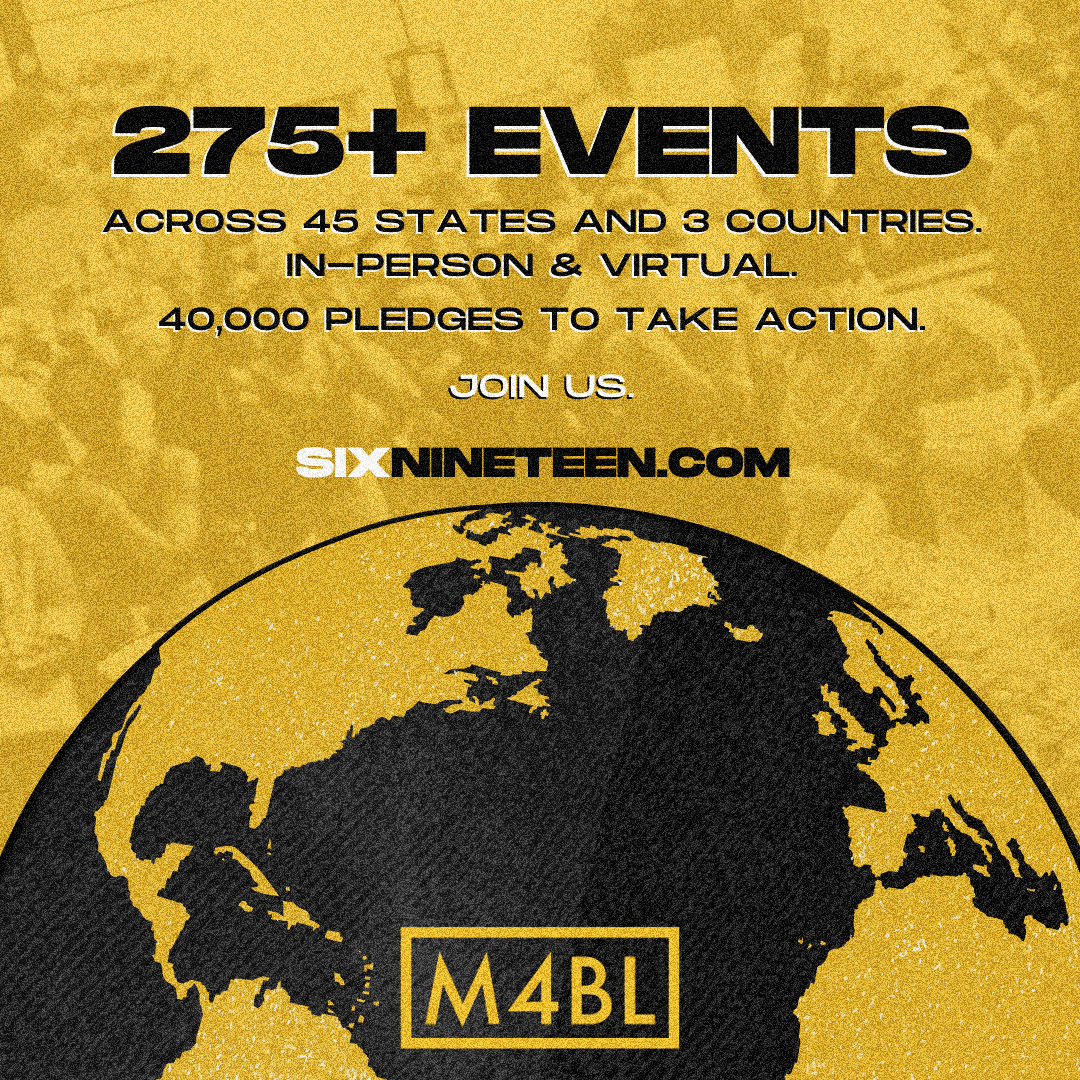 Juneteenth (June 19th) is a day that honors Black freedom and Black resistance, and centers Black people’s unique contribution to the struggle for justice in the US. In honor and celebration of Juneteenth, the Movement for Black Lives (M4BL) is calling for a #SixNineteen weekend of action to defend Black life. Take action this weekend in your communities, in front of the White House, or from home. If you’re planning to attend an action, please #KnowBeforeYouGo and review these public health and safety tips from M4BL.

In this week’s Roundup, we’re talking about resources for police and prison abolition, community ownership of land, and a new policy toolkit about how we build a regenerative economy that starts with justice for Indigenous and Black communities.

A World Without Police is Possible: This week, Ash-Lee Woodard Henderson of NEC member organization, the Highlander Center published a piece in Essence about how a new world is possible if we defund police and fund Black lives. For models of what a world without police and prisons could look like, check out these episodes from NEC member The Laura Flanders Show about a world beyond prisons and putting public safety in public hands, and this series on the connections between police abolition and economic democracy from the Next System Project.

Abolition Can’t Wait: The Action Center on Race & the Economy (ACRE) published an open letter on why police reforms like the “8 Can’t Wait” proposal fundamentally won’t work, and why we need to set our demands towards abolition. NEC and many of our member organizations have signed on in support of the letter. Use this tool from ACRE to see what percentage of your city’s budget goes to policing, and this database to track proposals for police abolition nationwide.

Free the Land: Abolition is not just about divesting from police and prisons, but also about reinvesting in community care and self-governance. This long-read about Shirley Sherrod and New Communities Inc, the first community land trust in the US, is a great example of how collective land ownership can be used to build Black wealth and political power. For more, check out NEC member organization Movement Generation’s latest Course Correction session on “Restoring Land, Labor, and Capital to Self-Determined Communities.” 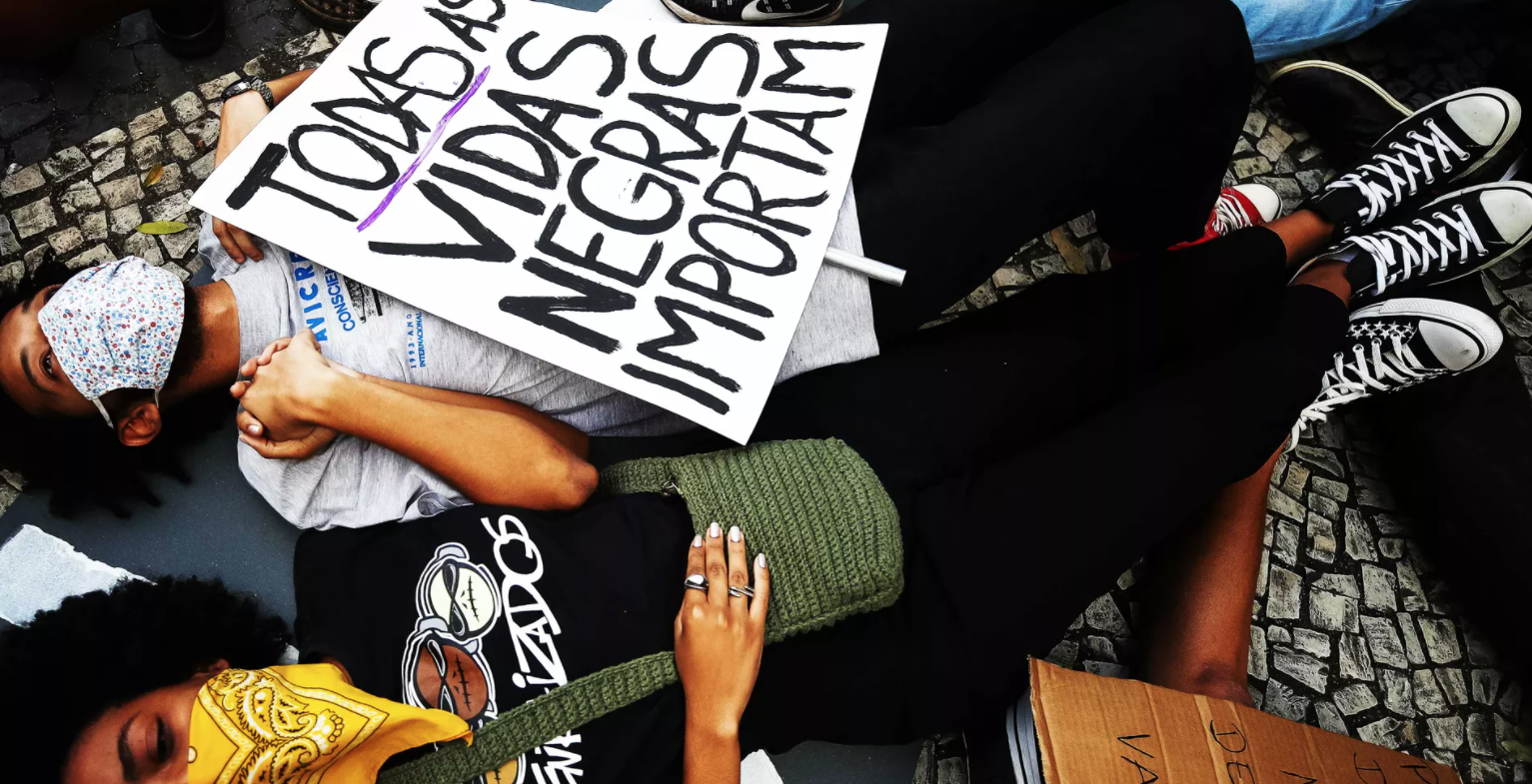 BLM Protests go Global: Protests in defense of Black life have bloomed across the world — from Brazil to the UK to Lebanon to Kenya to South Korea. Protests have taken the streets by the hundreds of thousands, demanding justice and toppling racist statues of slaveholders and colonizers. The resistance is a reminder that colonization, anti-Blackness, and police violence are global issues and so our movement and our solutions must be global as well.

Mutual Aid in Argentina: After the devastating 2001 economic crisis in Argentina, mutual aid and co-ops conversions swept the country. Read how the Argentine experience and practice of horizontalidad can provide a model for how we make the current global wave of mutual aid last beyond the pandemic.

Cooperative COVID Response in Africa: As COVID-19 cases are beginning to spike across many African countries, it is imperative for cooperatives to find effective ways in responding to these unprecedented challenges. The International Cooperative Alliance is hosting a webinar on June 22nd on how African cooperatives can continue to adapt and be resilient towards the COVID-19 pandemic and its effects.

A People's Orientation to a Regenerative Economy 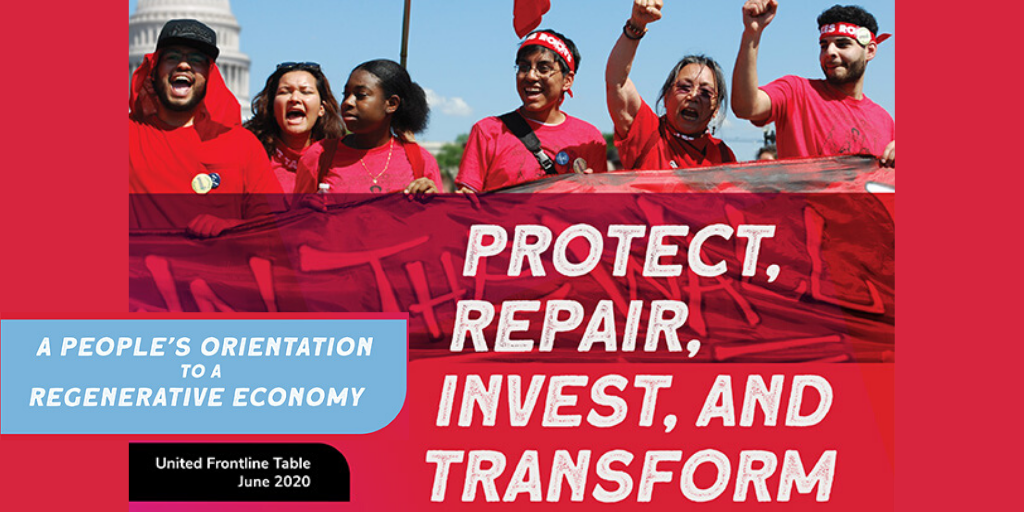 The intersecting crises of income and wealth inequality and climate change, driven by systemic white supremacy and gender inequality, has exposed the frailty of the U.S. economy and democracy. A People’s Orientation to a Regenerative Economy is a new policy framework that offers concrete solutions that work for frontline communities and workers, starting with justice for Indigenous and Black communities. We’re very proud to have contributed to this resource with the leadership of Climate Justice Alliance and many of our members! Explore the toolkit and policy framework.

In this episode of the Intercepted podcast, Ruth Wilson Gilmore offers a “sweeping and detailed analysis of the relentless expansion and funding of police and prisons, and how locking people in cages has become central to the American project.” Gilmore offers a road map for understanding how we have arrived at the present political moment of brutality and rebellion, and lays out the need for defunding police forces and reinvesting in communities. 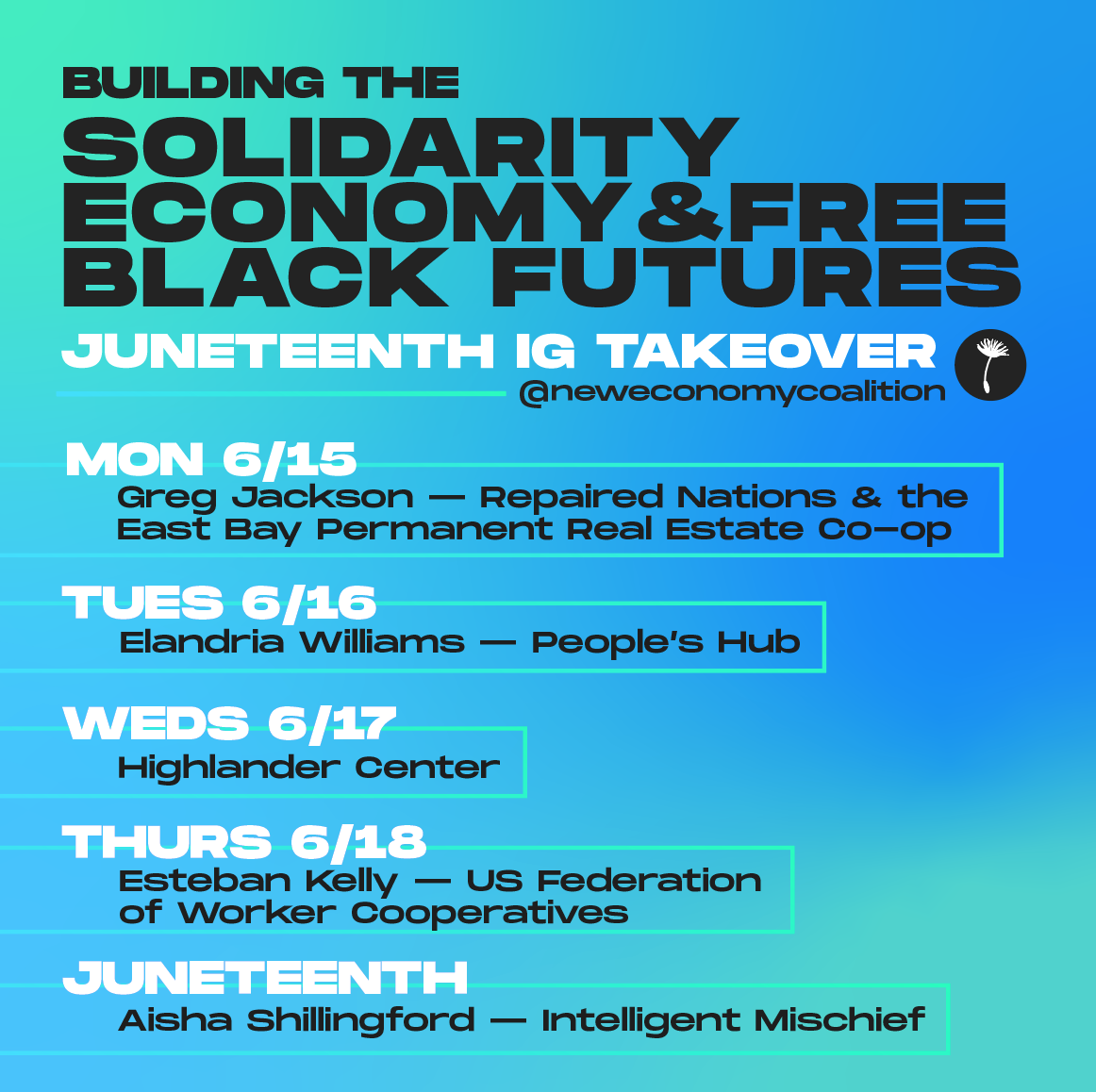 Follow NEC on Instagram – @NewEconomyCoalition – where Black solidarity economy organizers are taking over our feed to share how we build free Black futures. Even if you missed the live stories, you can still check out the highlights!

Strike for Black LivesAttention all friends and accomplices! Let’s bring Washington, DC to a grinding halt on June 19th—Juneteenth, the annual celebration of the end of slavery in the United States. We are calling for disruptive actions aimed at shutting down the city: Strikes, sick-outs, blockades, occupations, and spontaneous marches. (June 19 – Washington, DC)

The Mass Poor People’s Assembly & Moral March on WashingtonThe Mass Poor People’s Assembly & Moral March on Washington is going digital! We will hold the largest online gathering of poor and dispossessed people, and people of conscience, in this nation’s history. The COVID-19 global pandemic is exposing the already existing crisis of poverty in America, and the 140 million poor and low-income people across this nation will be heard. (June 20 – Online)

All of Us: Organizing 101 – Basics for this MomentFrom Black Panther Party to Black Lives Matter, there has always been organizing in NY. In this moment, people new to organizing (as well as allies and accomplices) want to build in their towns, villages and cities. If you are new to organizing or want to be a part of a the conversation around tactics, strategy and demands in the Capital District, join All Of Us Co-Founders, Jamaica Miles and Shawn Young as they share the importance of organizing basics and a brief look at the history and connection between the 1960s and now. (June 23 – Online)

Transition US – Social Justice and Community Resilience: A Discussion for Transition LeadersJoin Transition leaders from across the country for a facilitated discussion to share and explore best practices for bridging social justice and community resilience efforts at the local and national levels. This session is intended to support local Transition organizers in relating and responding to the Floyd Rebellion, and will also position us to have a deeper conversation about social justice as it relates to Transition US strategy and analysis in July. (June 23 – Online)

Foundation for Intentional Communities: Creating Diverse Intentional CommunitiesLearn the essentials of how to create diverse, inclusive and thriving communities with Crystal Farmer, educator, writer and active member of both cohousing and polyamorous communities. This session is ideal for anyone who is thinking about starting an intentional community or is currently living in one. (June 23 – Online)

Surveillance Pandemic: Mijente in Conversation with Naomi Klein and Edward SnowdenWe’ll delve into the different technologies being used right now in the United States — against Black Lives Matters protesters, undocumented immigrants, and all of us — and how these technologies threaten not just our civil liberties, but our lives. (June 23 – Online)

Labor Network for Sustainability: Black Workers and Just TransitionJoin to explore the history of Black workers in the United States during economic transitions. Hear perspectives from labor leaders on the impact of the pandemic, the unfolding economic crisis and climate change as well as the potential of the global uprising for Black to help shape a just, sustainable economic future for all workers and communities. (June 24 – Online)

Climate Justice and Community Renewal: Indigenous Just TransitionLearn about the pillars and principles of Indigenous Just Transition and why they are critically important right now, discuss Indigenous resistance to climate change mitigation programs, such as REDD+, that threaten Indigenous livelihoods around the world, and the struggles of Indigenous and other local communities to protect rivers, health, and their ways of life fighting to halt megadam projects such as the Muskrat Falls project in Labrador, Canada. (June 25 – Online)

Mad World: Psychiatry, Abolition, and New HorizonsPsychiatry and psych wards are tools of the police state. Join Elliott Fukui for a webinar about disability justice and abolition. In this current political moment, we need to raise awareness about the inner workings of the mental health system so that we do not replace one oppressive system with another. (June 28 – Online)

Honoring Our Power: Community Solutions in a Time of CrisisAs we face interconnected crises, including the COVID pandemic, white racial violence and police militarization, we will uplift the community solutions that build resilience in times of crisis and beyond. Join Partners for Dignity & Rights for a conversation with honorees:Crystal Hayling, Executive Director, The Libra Foundation; Todd Cherkis, Co-Founder, United Workers; and Adriana Foster, Leadership Organizer, United Workers. (June 29 – Online)