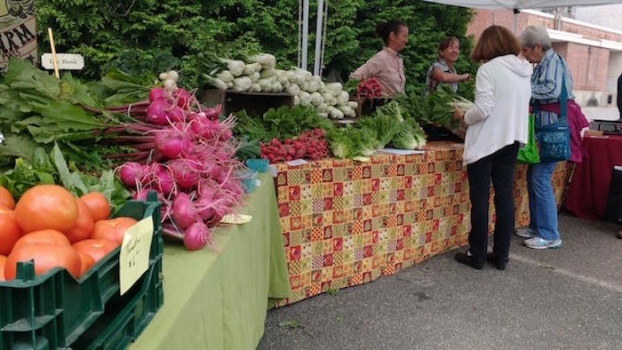 In this week’s roundup we’re exploring models of sustainability: from growing kelp to a farm that combines land-trusts, CSA’s, and community currency in one place. Plus: a toolkit for building equitable cities.

Models of Resilience: What happens when you combine community-supported farming that provides organic produce to local residents, a community land trust that guards against land speculation, and a community currency that systematically increases regional economic resilience? The Indian Line Farm is doing just that and modeling what building sustainable, regional economic resilience might look like. Read about it here.

Freedom Cities: Check out NEC grantee Enlace Internacional and their work on Freedom Cities, a campaign that expands on the sanctuary movement to create a framework for cities to offer protection to all oppressed people in the United States.

Kelp is the New Kale: 3-D ocean farmer Bren Smith (of NEC member Greenwave) only farms restorative species– foods like seaweed and clams that “breathe life” back into the ocean. The farms can be used not only to provide a sustainable food source but also to combat pollution in places like the Bronx. Watch a short video on how these farms help clean oceans and create jobs here.

When Capitalism Failed: After the Greek markets crashed in 2011, owners of a chemical factory abandoned shop– but 26 workers decided to occupy the plant themselves and run it without hierarchy. The implications were vast— when the workers asked locals what they should start to produce, one request was to stop making chemicals. They now largely manufacture soap and eco-friendly detergents. Read more about it here.

Union, Meet Co-op: A Belgian co-op of freelancers and gig economy workers is also taking on the role of trade union– lobbying for minimum wage, getting paid on time, and much more. Can the gig-economy be an opportunity for co-ops and trade unions to work together? Read about why the need, and possibility, of collaboration is urgent.

By putting equity at the center of municipal policies — from economic development and city planning to housing and the justice system — American cities can help create a future of shared prosperity in which all can participate and thrive.

This All-In Cities Policy toolkit from NEC member PolicyLink provides examples of specific policies that local leaders and activists can adapt to their own economic and political contexts; relevant research and data resources; and model policy and campaign language.

You can search by policy area to find solutions to your communities problems, or just read examples for inspiration. Check it out!

Transition members and community resilience builders from across the country are invited to gather in St. Paul, Minnesota, this July to make connections, share knowledge, and generate strategies to bring the Transition vision of resilient, local, connected and fossil-fuel-free communities to life across this nation. (St. Paul, Minnesota, July 27- August 1, 2017)

Immigrant-led worker cooperatives have been a successful tactic for migrant communities to build power, build wealth, and develop member-leaders. However, the recent political situation is a reminder that migrant workers and other communities remain vulnerable to injustice and disempowerment. This is a call to action to extend protection and safety to all communities facing harassment and persecution in the workplace, including all people of color, immigrants, Muslims, and people with disabilities in a webinar by the US Federation of Worker Co-ops. (Online, July 26)

Building a New Economy for Australia

The 2017 ‘Building a New Economy for Australia’ is being held from September 1-3, 2017 in Brisbane. Building on the inaugural 2016 conference held in Sydney, the 2017 gathering invites people to come together to share stories of success, address challenges and join the broader movement so we can continue working together to build a ‘new’ economic system. (Brisbane, Australia, September 1-3 2017)