New Economy Roundup: Strengthening Local, The Game of People and Power, and More

In this week’s roundup: a new board game for activists and organizers, Japan’s debt absolution, and a tech-startup fighting back Amazon’s stronghold.

Sol Collective: One of NEC’s newest members, Sol Collective, started 12 years ago by former teachers on a mission to provide artistic and educational programming, promote social justice, and empower youth through art. What began as a small project has turned into a local institution — one that not only has provided numerous opportunities to local artists and activists, but has helped develop the local economy. Read about how they’re building up their local community here.

Why you should care about Amazon: In their latest podcast, the Institute of Local Self-Reliance lays out the benefits of buying local– from diversity to community health– and how the tech startup Placemaker knits the independent businesses of these communities together in order for them to better retain and gain customers in the face of big-box retail and online platforms such as Amazon.

Save the Seeds: Six seed companies now control three quarters of the seed market, but in the face of climate change, a Montana seed library seeks to preserve our food heritage. Read about how they’re doing it here.

Debts Be-gone: Japan has been canceling its debt at the rate of about $720 billion per year— by selling its debts to the Central Bank. Can this method work for the U.S. too? Read more about it here.

Digital Democracy: Barcelona is building a networked city from the ground up in the hopes of bolstering democracy and voting. Read how they’re doing it– and how they’re navigating questions like ‘Who should own and control city data?’ here.

Resource: The Game of People and Power 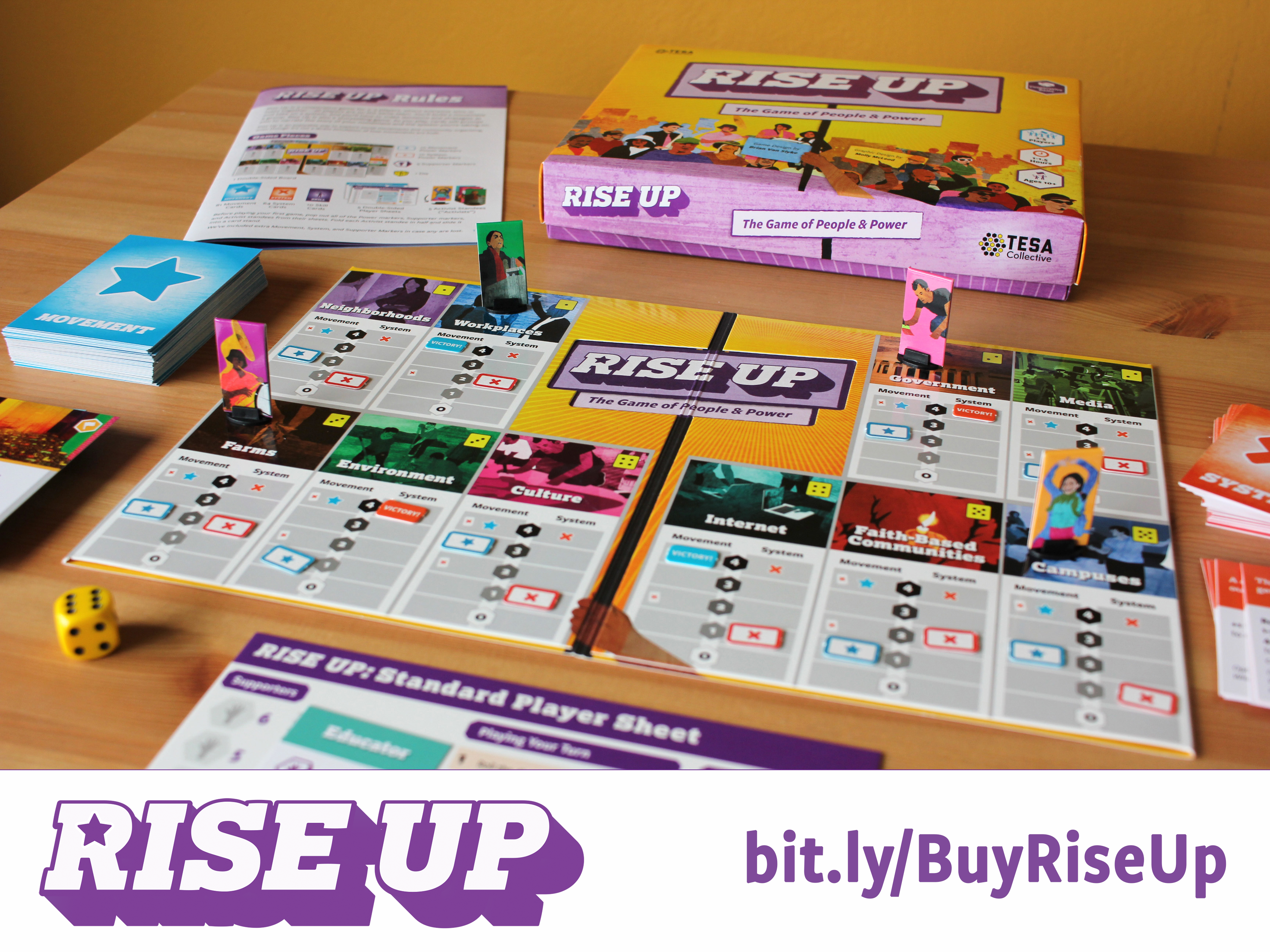 NEC Member TESA (Toolbox for Education and Social Action) has just launched Rise Up: The Game of People and Power, a cooperative board game about organizing social movements. In the game, players shape the story of their movement together and take creative actions to fight for victory, from waging civil disobedience to writing protest songs. Meanwhile, the System fights back with tactics of its own, like surveillance, arrests, and infighting. Learn more!

Worker Cooperatives in NYC and How You Can Start One Too!

Learn the basics of starting a worker cooperative in this fun information session hosted by the NYC Network of Worker Cooperatives (NYCNOWC) and the Community and Worker Ownership Project (CWOP) at the The Murphy Institute for Labor Studies at CUNY. (NYC, July 11)

Immigrant-led worker cooperatives have been a successful tactic for migrant communities to build power, build wealth, and develop member-leaders. However, the recent political situation is a reminder that migrant workers and other communities remain vulnerable to injustice and disempowerment. This is a call to action to extend protection and safety to all communities facing harassment and persecution in the workplace, including all people of color, immigrants, Muslims, and people with disabilities. (Online, July 26)

If you want to strengthen democracy where it matters most … in our communities, our schools, our workplaces and local economies, our military, our government, our media, our constitution, join us at the third national Democracy Convention. (Minneapolis, Minnesota, August 2-6)