In this week’s roundup we’re talking about building new models– from Standing Rock’s eco-village to ethical banking in Croatia.

We’re also gearing up for the year ahead; In the events section you’ll find the Department of Art and Culture’s call for a People’s State of the Union. Take a look and let us know what you’re planning for January!

TightShift: In Washington, DC, TightShift Laboring Cooperative became the city's first worker co-op primarily made up of formerly incarcerated and at-risk workers. “My understanding of a co-op is it’s bigger than a business,” says co-founder Juan Reid. “We’re doing a service to support ourselves, but it’s not about money.” Read about it here.

#BuildWithStandingRock: The Standing Rock Sioux Tribe and Indigenous Environmental Network are building a model Sustainable Indigenous Eco Village on Tribal lands. The eco-village will fuse tradition and modern technology like solar panels to create a “celebrating an economy and way of living that is dramatically less dependent on fossil fuels.” Support and keep up with the eco-village here.

Participatory Budgeting: Greensboro, North Carolina, is the first Southern city to give citizens direct control over a slice of public spending. This year, their efforts lead to new tech for the Transit Authority. Read about their efforts and the growing movement. 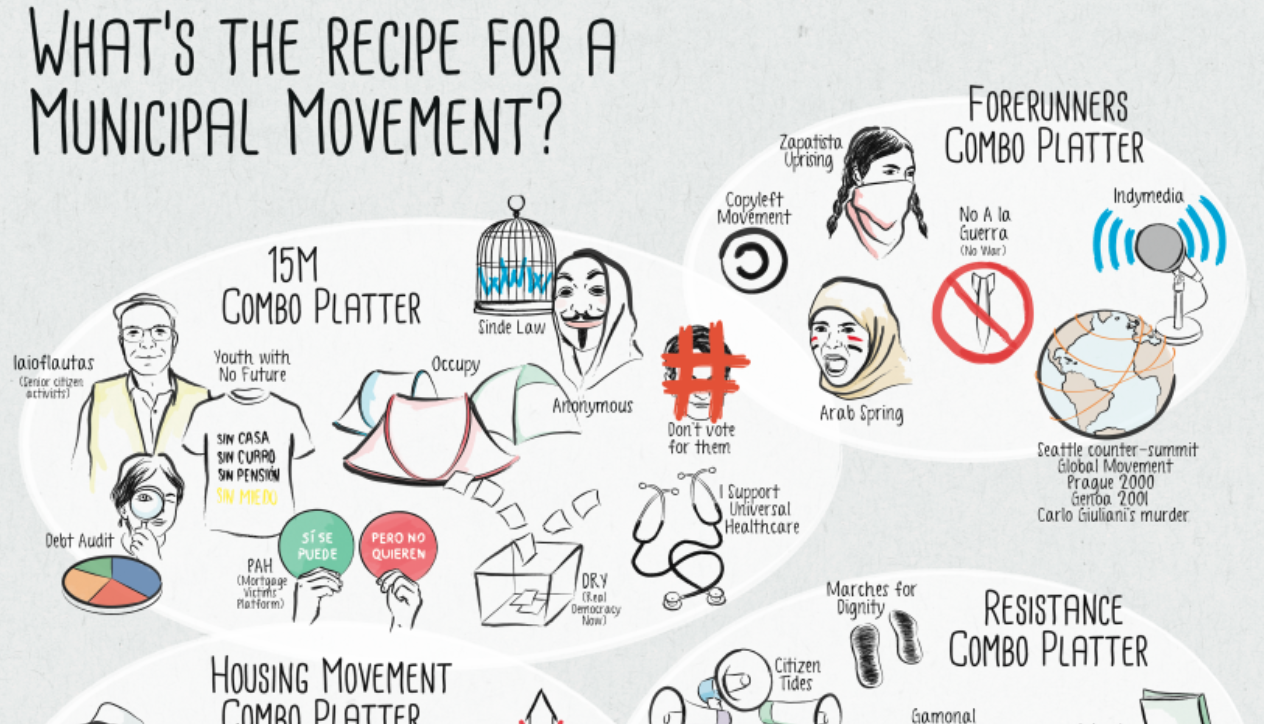 Lessons from Spain: Moving into the new year, activists are wondering not only how to fight back against Trump, but also how to harness the momentum of Bernie Sanders’ primary run to fight for the change. As we consider potential strategies going forward, a look at Spain’s network of rebel cities might offer some insights.

Ethical banking: In an interview with a lead developer of ebanka, an ethical bank project launching in Croatia, The Next System talks about building the institutions of an ethical and sustainable financial system.

City as Commons: In Barcelona, a city run by a political party committed to building cooperatives and open digital networks, backroom politics and capitalism present difficulties to building out the city as a commons. Read about how they’re tackling these issues here

“NEC is in a unique position to connect people from many different movements and experiences—I’ve met so many incredible people in the staff, board, and membership already that have changed the way that I think about my solidarity economy work. ”

Help NEC continue supporting the changemakers and movements on the cutting edge of change. Click here to make a contribution.

The People's State of the Union is an annual civic ritual and participatory art project rooted in the truth that democracy is a conversation, not a monologue. Any individual or organization can sign up to host a Story Circle event, bringing people together to share first-person stories reflecting on the state of our union, deepening relationships, finding strategic paths forward, and inspiring the Poetic Address to the Nation. (National January 27- February 5, 2017)