The Economics of Happiness (abridged) 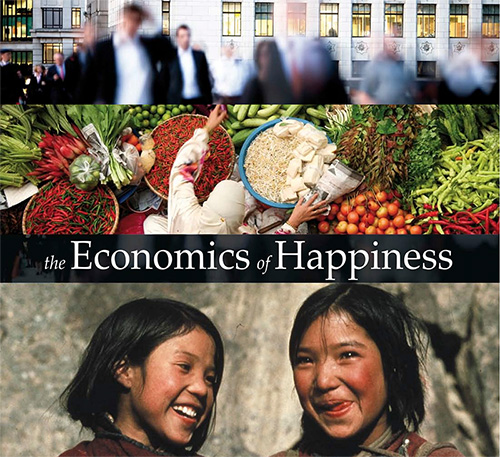 This is a shortened version of the award-winning feature-length documentary film, The Economics of Happiness. Cut down from 68 minutes to less than 20, it provides an introduction to the concept of localization, a systemic alternative to corporate capitalism, and shows how it addresses the serious problems caused by economic globalization. Local Futures believes that modern societies have taken a fundamentally wrong turn: policymakers, mainstream economists, and business leaders have consistently pushed us in the direction of ever more growth, while ignoring the ecological destruction and spiritual poverty that have been the price of rampant consumerism, massive scale, and escalating speed.  We believe that a radically different paradigm is needed. Rather than attempting to solve every problem by 'growing the economy', we need to focus instead on meeting real human and ecological needs through awakening to our spiritual ties to community and nature through an 'economics of happiness'.