What’s next for net neutrality? 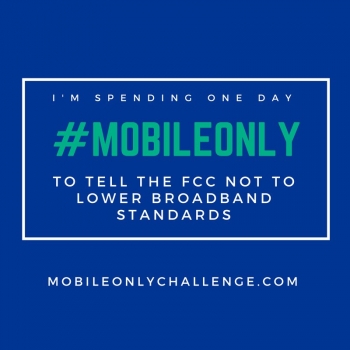 Net neutrality principles kept providers from slowing down access to certain content or imposing "pay to play" regulations on sites. The decision to repeal—should it be finalized—will radically change how we consumers use the internet.

But the fight's not over yet. Here's what to look out for after Thursday's vote:

Congress has the power to reverse the FCC's decision with a majority vote within 60 days of the rule being finalized. That likely won't happen for a couple of weeks, but 17 senators have already said they plan to repeal. Let your representatives know you want the Open Internet Order restored, and follow Demand Progress for updates on the process.

As with many major policy shifts this year, cities and states may become the first frontier for preserving a free and open internet. Washington and California have already taken steps to ensure net neutrality protections remain at the state level (which may now be illegal), and Washington attorney general plans to sue the Trump administration over the decision.

Community-owned broadband is a democratic and local alternative to traditional internet providers. More than 200 communities nationwide have some form of municipal network or co-ops as their internet service provider. Besides often being cheaper, community ownership benefits the local economy and puts control in the hands of citizens. Check out Institute of Local Self-Reliance for tools, stories, and resources on the subject.

Let's use the FCC's vote to repeal as an opportunity to strengthen internet democracy for all. Learn more: