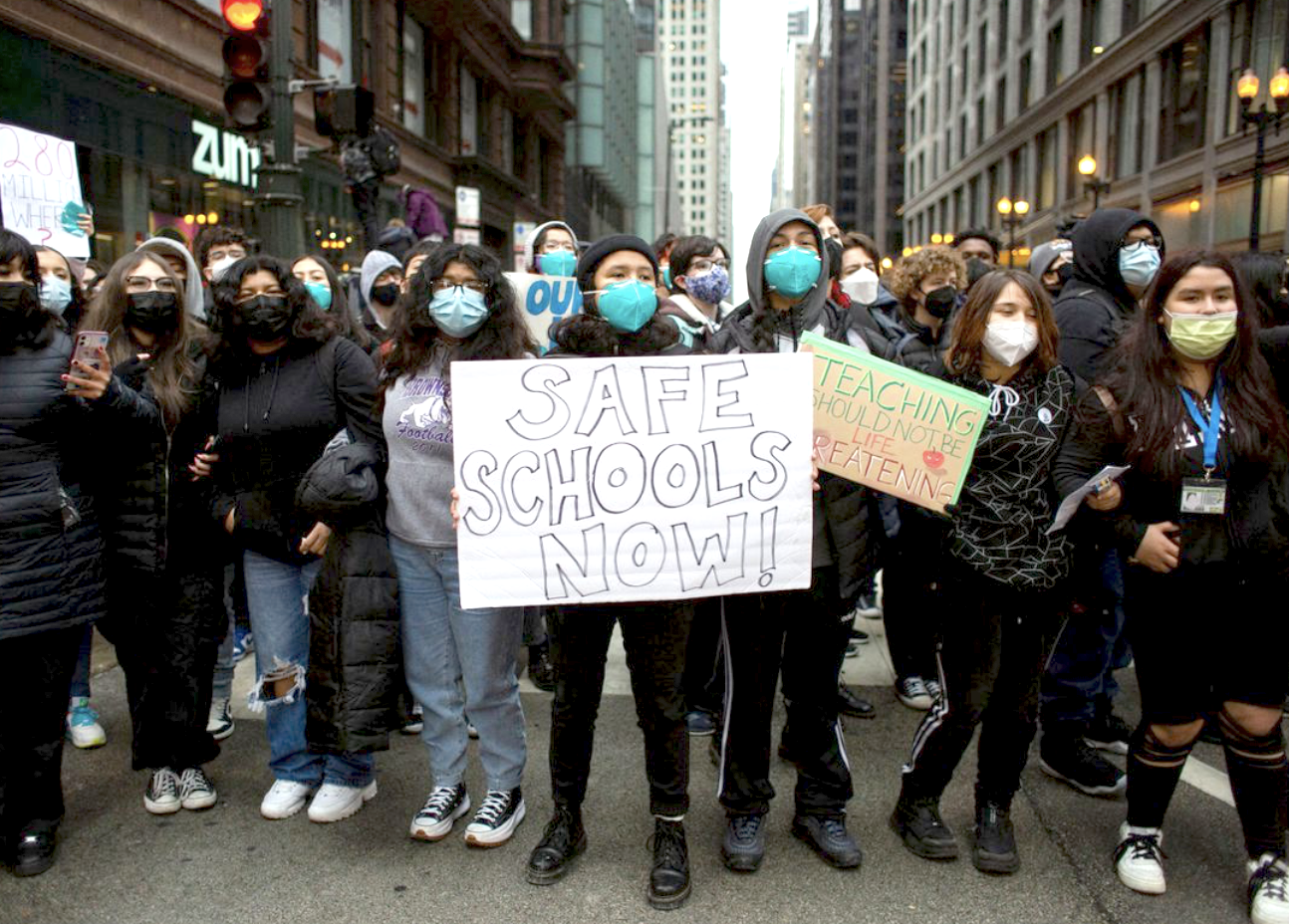 We’re back in 2022 to bring you more solidarity economy news, resources, and events! This week we’re talking about community care in the midst of the pandemic, a new toolkit for union co-op organizing, strategies for community-controlled housing, food sovereignty in Brazil, recuperated factories in Argentina, and more.

PS: Thanks to everyone who filled out our Roundup Reader Survey at the end of last year! We were touched by all the kind words and positive reception of this newsletter. Based on your feedback, we’ve cut back a few areas, added a section for NEC News and a Resource Library, and given the Roundup a fresh look. We hope you enjoy the changes! 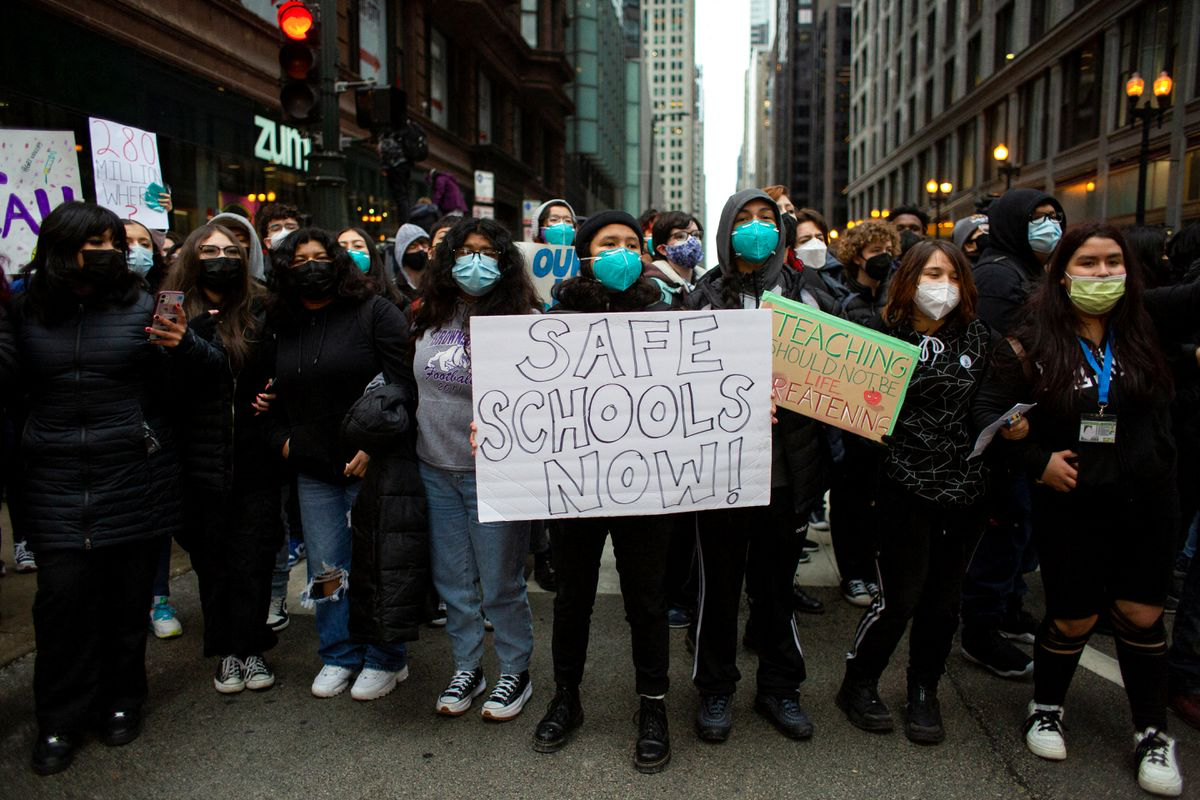 Community Care & Omicron: The push to return to “normal” in year two of the pandemic has dramatically intensified the crisis of care that has always existed under capitalism. Disabled and immunocompromised people, teachers and students, parents, and healthcare workers are being told to fend for themselves as the pandemic rages on. It’s clear that capitalism as a system is incapable of caring for our communities. Solidarity to all the communities who continue to resist the injustices of this system and build new economies of care.

Labor Organizing and Co-ops: Over the last few months, union and labor organizing has continued to explode, with record numbers of workers participating in strikes and walkouts, and even cooperating across industries in what is being called a General Strike. Check out this new report about how unions and co-ops can work in tandem to build worker power, including seven successful case studies. Report contributors include NEC member organizations the US Federation of Worker Cooperatives and Co-op Cincy.

“No Landlords:” In Colorado, residents of a mobile home community just organized to cooperatively purchase their park from a private landlord. After putting the park into community ownership, one of the first things residents decided was that they “would not allow anybody to be forced out of the park because of an inability to pay the rent.” Animas View is one of 1,000 resident-owned communities (ROCs) across the country. Learn more about ROCs and other cooperative development strategies on the rise. Land Reform & Occupation in Brazil: January 22nd marked the 38th anniversary of the Landless Workers Movement (MST) in Brazil. Read how they have donated over 6,000 tons of food during the pandemic, and how they continue to fight for popular agrarian reform through land occupation.

Self-Management in Argentina: In the midst of an economic crisis in 2001, Argentinian workers took over hundreds of factories and converted them into worker-owned cooperatives. Read about the legacy and current state of the recuperated factory movement 20 years later, via NEC member organization GEO Collective.

Co-op Housing in Denmark: Today, about 7% of the Danish population lives in cooperatively-owned housing, which accounts for one-third of the housing stock in Copenhagen. Read about how the andelsbolig co-op system builds “autonomy and community” by decommodifying housing, and how it fits into the history of co-op organizing in Denmark.

We are excited to start this year with 23 new organizations as members of the NEC network! They are bringing important sectors, regions, and strategies that were underrepresented in the network — get to know them and their work to build the solidarity economy.

How the left can govern with Gopal Dayaneni – Half Past Capitalism, ft NEC member org Seed Commons. “Non-extractive finance is the idea of reorganizing our relationship to capital, so that capital is a tool that people and communities control.”

Social Movement Investing: A guide to Capital Investing for Community Power – NEC member org the Center for Economic Democracy.“While we cannot ‘impact invest’ our way out of capitalism, a new form of finance that operates with grassroots social movements could become a more forceful tool to create the world we desperately deserve.”

Remaking the Economy: Advocacy and Community, the Delicate Balance – ft. NEC member orgs Boston Ujima Project and Solidarity Economy St. Louis. “What does mutual aid look like in the long term and how can it grow and support the kind of systems change we need?”

Free the Land: Land Tenure and Stewardship Reimagined
Join NYU Law for a conversation that explores land and liberation, the many connections between land and racial justice; land decommodification, opportunities to remove land from the private market and foster permanent affordability and shared use; and land rematriation, Indigenous land return and restoration initiatives that work to initiate the decolonization process. (Online – Jan 28)

Reviving the Black Cooperative Intentional Community Movement
Join the Foundation for Intentional Community for a panel discussion with African Indigenous Diaspora to learn about the reality of Black-led and women-led intentional communities, as well as an opportunity to respond with collective action. (Online – Feb 4)

Toward Co-operative Commonwealth: Transition in a Perilous Century
This 16 week online course focuses on how system change is understood and how it is being undertaken in six key economic sectors: Land and Housing, Food and Agriculture, Energy, Work, Social Care and Finance. (Online – Starts Feb 7)

Remaking the Economy: Organizing for Black Food Sovereignty
What if we owned it? In this Remaking the Economy webinar, leaders in the movement for Black food sovereignty will discuss how that movement is being built, rooted in the gifts and talents from within the Black community, and anchored in a community vision. (Online – Feb 10)

Discover the Benefits of Housing Co-ops
This intro course is designed give participants knowledge and tools to get you started on the path to create your own cooperative housing. (Online – Feb 16)

Privatization or Economic Democracy?
People’s movements are decrying private control over our health care, housing, water, and other public goods, and are building new models of public, community and worker control. Hear from three fantastic speakers about the half-century march toward privatized control and potential pathways to a just, democratic economy. (Online – Feb 22)